The Obama White House is blocking the release of a Pentagon risk assessment of Russia’s violation of the 1987 Intermediate-range Nuclear Forces Treaty, according to a senior House leader.... 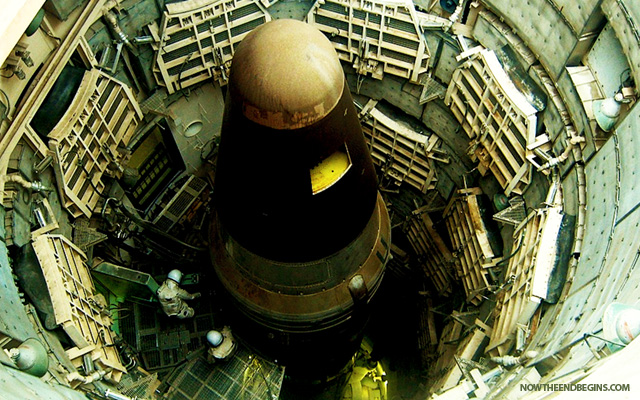 The Obama White House is blocking the release of a Pentagon risk assessment of Russia’s violation of the 1987 Intermediate-range Nuclear Forces Treaty, according to a senior House leader.

Rep. Mike Rogers, chairman of the House Armed Services strategic forces subcommittee, disclosed the existence of the Pentagon assessment last month and said the report is needed for Congress’ efforts to address the problem in legislation.

“As we look to the near-term future, we need to consider how we’re going to respond to Russia’s INF violations,” Rogers said in an Air Force Association breakfast July 8. “Congress will not continue to tolerate the administration dithering on this issue.”

The treaty violation was first disclosed by the State Department last year and details remain shrouded in secrecy.

Rogers said the assessment was conducted by chairman of the Joint Chiefs of Staff Gen. Martin Dempsey, and noted that it outlines potential responses to the treaty breach. However, Rogers noted that the assessment “seems to stay tied up in the White House.”

At the Pentagon, spokesman Capt. Greg Hicks said: “The Chairman’s assessment of Russia’s Intermediate-range Nuclear Forces (INF) Treaty violation is classified and not releasable to the public.”

Hicks said, however, that steps are being taking “across the government to address Russia’s violation of the treaty, including preserving military response options—but no decision has been made with regard to the type of response, if any.”

At the White House, a senior administration official said: “The United States continues to consider diplomatic, economic, and military responses to Russia’s violation of the INF Treaty.” Adm. Cecil Haney, commander of the U.S. Strategic Command, said in Omaha recently that a range of options is being studied.

“Clearly as a nation, we have options and we explore those options,” Haney told the Washington Free Beacon, declining to provide details. The four-star admiral who is in charge of U.S. nuclear and other strategic forces said he hopes the INF breach can be solved diplomatically.

“But clearly there are other options involving economics and as well as militarily that are considered,” he said July 29.

Haney said Russia has “walked away” from international norms and treaties and “that is very problematic.”

“While at the same time I get to see and witness [Russia’s] very forthright execution that is occurring with the New START treaty that they are adhering to completely, this piece on the INF treaty is very problematic and we have to continue to encourage Russia to get back into compliance with the treaty,” Haney said.

The treaty violation was first disclosed by the State Department last year and details remain shrouded in secrecy.

Critics in Congress have charged that the Obama administration covered up the violation for several years, including during debate on the 2010 New START arms treaty with Russia.

A department arms compliance report stated that the breach involved a new missile that violates the limits set by the treaty. The treaty bans holding, producing, or flight-testing ground-launched ballistic or cruise missiles with ranges of between 310 miles and 3,418 miles.

Rogers was asked what steps Congress should take if the administration continues to ignore the treaty violation.

“Well, the fact is we haven’t been doing enough so far,” he said. “It was only about a year and a half ago that the administration finally acknowledged that Russia has been violating the INF Treaty. But we know they’ve been violating it for several years.” source