Iranian officials said Monday that the Islamic Republic’s Central Bank has successfully repatriated 13 tons of gold as part of a package of sanctions relief provided to Iran by... 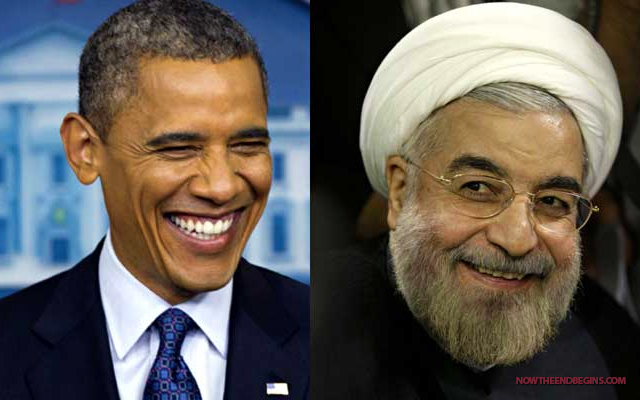 Iranian officials said Monday that the Islamic Republic’s Central Bank has successfully repatriated 13 tons of gold as part of a package of sanctions relief provided to Iran by U.S. and Western powers.

EDITOR’S NOTE: After all this time and all the talk, US president Barack Obama and the United States have failed and are failing to stop Iran from obtaining both nuclear power and weaponry. Obama has ordered sanctions, the only thing really preventing a nuclear Iran, to be stopped, and has rewarded the terror-supporting rogue nation by releasing 13 tons of gold back to them. Mission Accomplished.

The gold was transferred to Iran by the government of South Africa, which had been holding onto the assets due to harsh sanctions meant to pressure Tehran to rein in its rogue nuclear program. The gold appears to have been released as part of a sanctions relief package that will have awarded Iran nearly $12 billion in unfrozen cash assets by the time negotiations wrap up next week.

Iran received $4.2 billion in unfrozen assets under the 2013 interim agreement with the United States and was then given another $2.8 billion by the Obama administration last year in a bid to keep Tehran committed to the talks.

The State Department calculates that Iran will have received a total of $11.9 billion in cash assets.

Iranian President Hassan Rouhani hinted this week that Iran would decide to fully pursue its nuclear program in a way “harsher than what they [the United States can] imagine” if Western powers fail to uphold any nuclear agreement expected to be finalized in the coming days.

Rouhani’s comments come as negotiators in Vienna struggle to solve disagreements over a range of issues concerning the future of Tehran’s nuclear program. The ongoing disputes prevented the sides from finalizing the agreement before a self-imposed June 30 deadline.

Talks are now expected to continue through July 9.

“If the the P5+1 negotiating countries breach the nuclear agreement, we immediately go back to the old path, harsher than what they imagine,” Rouhani was quoted as saying this week in Persian language media reports that were independently translated for the Washington Free Beacon.

Some have interpreted these comments as Rouhani threatening to boost a range of nuclear efforts that Western powers suspect have been used to construct a nuclear weapon.