While employees of American NGOs sat in Egyptian prisons, Secretary of State John Kerry quietly waived the law that would prevent the U.S. from sending the Egyptian military $1.3... 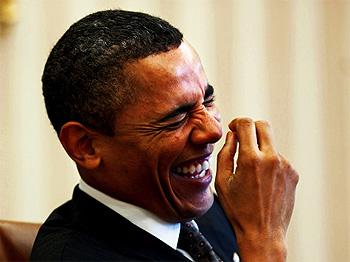 America, even Obama can't believe how gullible and stupid you are.
by Geoffrey Grider June 7, 2013
NOW THE END BEGINS SHARE:

The Muslim Brotherhood, which controls the Egyptian government, is illegally receiving bilions in military aid and weapons from the Obama administration vis Sec. of State John Kerry. So just in case you’re not sure what that means, it’s this: American taxpayer dollars are illegally being funneled to build the Muslim war machine in Egypt. John Kerry secretly waived the law in place to prevent this from happening, and the Obama administration worked to keep it hidden. Until now.

From Daily Beast: While employees of American NGOs sat in Egyptian prisons, Secretary of State John Kerry quietly waived the law that would prevent the U.S. from sending the Egyptian military $1.3 billion worth of weapons this year.

America, even Obama can’t believe how gullible and stupid you are.

Congress erupted in anger June 4, when Egyptian courts sentenced 43 NGO workers, including 16 Americans, to jail terms of up to five years for working in NGOs not registered with the government. Only one of those Americans, the National Democratic Institute’s Robert Becker, actually stayed in Egypt to await the verdict. He was given two years in prison. The other American organizations targeted included the International Republican Institute and Freedom House. All of those organizations had been operating in the open in Egypt for several years before the government raided their offices and forced them to flee the country in December 2011.

But what most in Congress didn’t know was that on May 10, Kerry had waived the restrictions lawmakers had put in place to make sure that U.S. military aid to Egypt wouldn’t continue unless Egypt made progress on its path to democracy, rule of law, and human rights. The State Department’s notification of Kerry’s move, which was never released to the public, was obtained by The Daily Beast.

The law that allows the State Department to give Egypt $1.3 billion each year in Foreign Military Financing (FMF) specifies that to get the money, the secretary of State must certify that Egypt is honoring its peace treaty with Israel as well as “supporting the transition to civilian government including holding free and fair elections; implementing policies to protect freedom of expression, association, and religion, and due process of law.” click to read the rest of the story on The Daily Beast