A new report indicates the Obama administration may have purchased the body parts of aborted babies from a biotech firm Planned Parenthood sold the body parts to after killing... 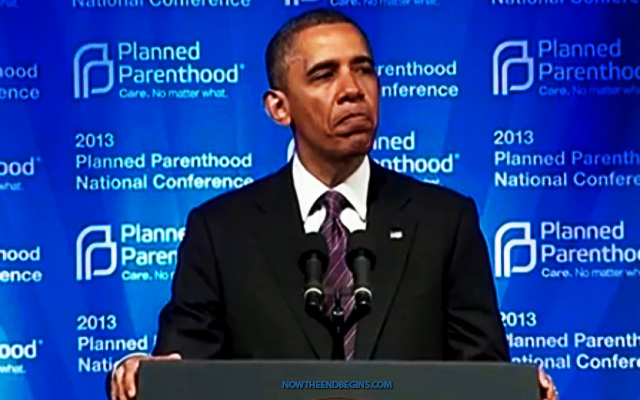 A new report indicates the Obama administration may have purchased the body parts of aborted babies from a biotech firm Planned Parenthood sold the body parts to after killing the babies in abortions.

The revelation comes after five videos have exposed the baby body parts sales scandal occurring at Planned Parenthood abortion centers across the country. According to the report in Politico, one of the biotech firms mentioned in the undercover videos identified as a fetal tissue supplier Planned Parenthood sold aborted babies to earned at least $300,000 from federal governmental agencies after selling fetal tissue to them. Officials say they are unsure if the specific fetal tissue sold to the Obama administration came from babies aborted at Planned Parenthood.

Advanced Bioscience Resources (ABR) has had contracts with the National Institutes of Health and the Food and Drug Administration since 2009. In one of the videos, Katharine Sheehan, a former medical director of Planned Parenthood Pacific Southwest, mentioned selling fetal tissue from aborted babies to ABR and admitting a long-term relationship with it.

“We have already a relationship with ABR,” Sheehan says. “We’ve been using them for over 20 years — a really long time… They’re doing the big collection for government-level collections.”

According to the Politico report, the National Institutes of Health has paid Advanced Bioscience Resources $257,000 since 2009 and spent $53,000 on fetal tissue from aborted babies. The babies victimized by abortions were between 17 and 22 weeks old at the time they were aborted.

Meanwhile, FDA officials confirmed the Obama administration agency paid approximately $73,000 to the biotech company since 2009 for body parts from aborted babies, including livers and thymuses. The Politico report indicates ABR charged the Obama administration $340 for a 17- to 22-week human fetal thymus, $340 for a 17- to 22-week human fetal liver, $325 for a maternal blood test — in addition to shipping costs.

“Voluntary donation of tissue for research has helped understand, treat, and cure a number of conditions and diseases that affect millions of Americans, and it has enjoyed bipartisan support and the support of leading scientists and disease groups,” Health and Human Services spokesman Kevin Griffis said in a statement. “We make clear to all our grantees and researchers the legal obligations they are under and we know of no violations of laws in connection with the research done at our agencies.”

The purchases make it more understandable why the Obama administration has refused to investigate or de-funding Planned Parenthood. source