The Sept. 11 attack on the U.S. consulate in Benghazi was in fact "a terrorist attack" and the U.S. government has indications that members of al Qaeda were directly... 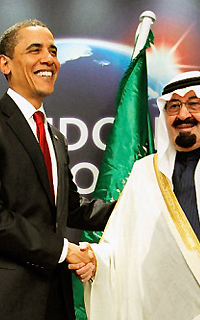 The Sept. 11 attack on the U.S. consulate in Benghazi was in fact “a terrorist attack” and the U.S. government has indications that members of al Qaeda were directly involved, a top Obama administration official said Wednesday morning.

Obama once said in that the “sweetest sound I’ve ever heard is the Muslim call to prayer.” He says he’s a “christian”…I wonder what book of the bible he got that idea from?

“I would say yes, they were killed in the course of a terrorist attack on our embassy,” Matt Olsen, the director of the National Counterterrorism Center, said Wednesday at a hearing of the Senate Homeland Security Committee, in response to questioning from Chairman Joe Lieberman (I-CT) about the attack that killed Ambassador Chris Stevens and three other Americans.

As for who was responsible, Olsen said it appears there were attackers from a number of different militant groups that operate in and around Benghazi, and said there are already signs of al Qaeda involvement.

“We are looking at indications that individuals involved in the attack may have had connections to al Qaeda or al Qaeda’s affiliates; in particular, al Qaeda in the Islamic Maghreb,” he said.

The U.S. government just isn’t sure yet whether the terrorist attack was pre-planned or whether it was an example of terrorists taking advantage of protests against an anti-Islam film, Olsen said.

“It appears that individuals who were certainly well-armed seized on the opportunity presented as the events unfolded that evening and into the morning hours of September 12th. We do know that a number of militants in the area, as I mentioned, are well-armed and maintain those arms. What we don’t have at this point is specific intelligence that there was a significant advanced planning or coordination for this attack,” he said.

His statements go further than those of the White House Press Secretary Jay Carney, who said last week that the protests in Cairo and Benghazi were a reaction to the video and not a pre-planned attack. Today, Carney didn’t repeat the assertion that the video was solely to blame, but he said again that there is no evidence the Benghazi attack was pre-planned.

“What I can tell you is that, as I said last week, as … our ambassador to the United Nations said on Sunday and as I said the other day, based on what we know now and knew at the time, we have no evidence of a preplanned or premeditated attack,” Carney said Wednesday. “It is a simple fact that there are in post-revolution, post-war Libya armed groups; there are bad actors hostile to the government, hostile to the West, hostile to the United States. And as has been the case in other countries in the region, it is certainly conceivable that these groups take advantage of and exploit situations that develop, when they develop, to protest against or attack either Westerners, Americans, Western sites, or American sites.”

Committee ranking Republican Susan Collins (R-ME) declared at the hearing that she believes the attacks were planned well in advance and she referenced information she had received from U.S. intelligence officials behind closed doors.

“First, I will tell you that based on the briefings I have had, I’ve come to the opposite conclusion and agree with the president of Libya that this was a premeditated, planned attack that was associated with the date of 9/11, the anniversary of 9/11,” she said. “I just don’t think that people come to protests equipped with RPGs and other heavy weapons. And the reports of complicity — and they are many — with the Libyan guards who were assigned to guard the consulate also suggest to me that this was premeditated.”

Collins said she was concerned by the lack of security at the Benghazi consulate, especially since there had been an attack on the mission in June and a more serious attack on the British ambassador’s convoy as well. Olsen said the U.S. government was aware of the danger but not of impending attack that killed the four Americans.

“So there were reports detailing those attacks and detailing generally the threat that was faced to U.S. and Western individuals and interests in Eastern Libya from, again, armed militants as well as elements connected to al Qaeda,” he said. “There was no specific intelligence regarding an imminent attack prior to September 11th on our post in Benghazi.” source – Foreign Policy