In his fiercest defense yet of the mosque proposed near Ground Zero, Mayor Bloomberg declared yesterday that it must be allowed to proceed because the government "shouldn't be in... 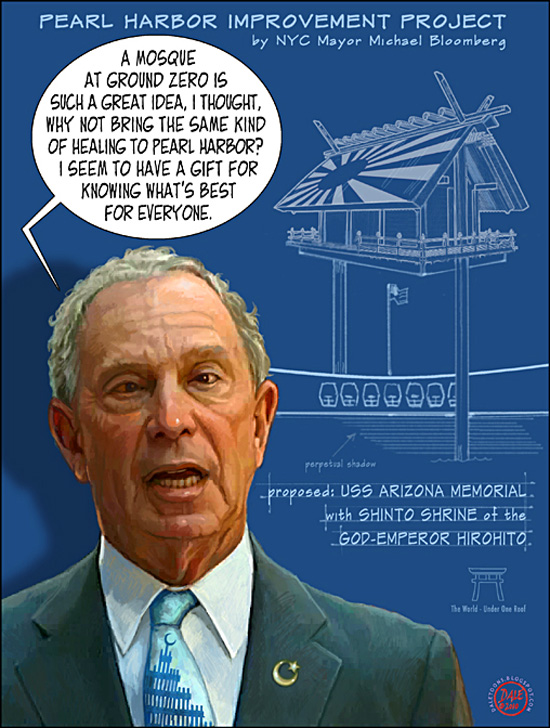 In his fiercest defense yet of the mosque proposed near Ground Zero, Mayor Bloomberg declared yesterday that it must be allowed to proceed because the government “shouldn’t be in the business of picking” one religion over another.

“I think it’s fair to say if somebody was going to try, on that piece of property, to build a church or a synagogue, nobody would be yelling and screaming,” the mayor said.

“And the fact of the matter is that Muslims have a right to do it, too.”

Placing the proposed mosque two blocks from the World Trade Center site has led to an outcry from opponents, including family members of 9/11 victims, who contend the holy place at 45 Park Place would defile the memories of those who perished in the worst terror attack in US history. source – NY Post

Religious leaders are calling on Mayor Michael Bloomberg to reverse course and offer clergy a role in the ceremony commemorating the 10th anniversary of the terrorist attack on the World Trade Center. Rudy Washington, a deputy mayor in former Mayor Rudolph Giuliani’s administration, said he’s outraged. Mr. Washington organized an interfaith ceremony at Yankee Stadium shortly after the Sept. 11, 2001, attacks.
“This is America, and to have a memorial service where there’s no prayer, this appears to be insanity to me,” said Mr. Washington, who has suffered severe medical problems connected to the time he spent at Ground Zero. source – Fox News