You will never learn Mormon doctrine from their Articles of Faith. Those are written to hide their teachings from "gentile" readers. You must look into their secret temple ceremonies... 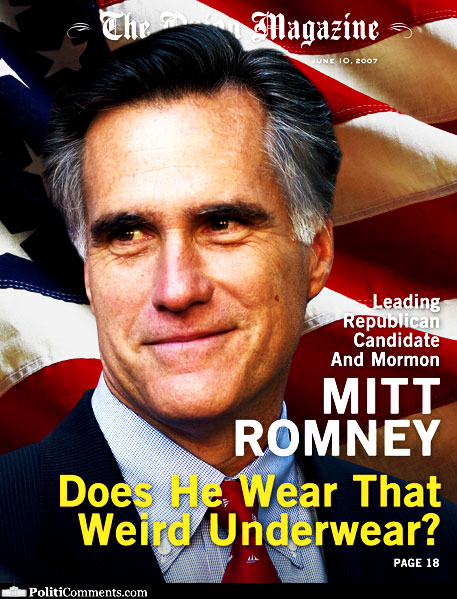 Ask Mitt if he wears the Mormon "magic underwear"...it's a fair question if you are thinking about electing him as leader of America.
by Geoffrey Grider May 18, 2012
NOW THE END BEGINS SHARE:

RELATED STORY: What The Mormon Church Won’t Tell You

Ask Mitt if he wears the Mormon "magic underwear"...it's a fair question if you are thinking about electing him as leader of America.

Most of us have had a Mormon Missionary knock at our door. If you have ever invited them in and listened to a presentation of their beliefs, you probably found most but not all of what they said very similar to those beliefs held by Christians.

However, while trying to convince you that your Church is wrong and the Mormon Church is right, there are several points they intentionally leave out. Below is a list of Mormon beliefs the missionaries will be reluctant to tell you about: