Something is happening in New Zealand's Canterbury Plains that has come as great surprise to residents and geologists alike. According to Scientific American, the recent earthquakes of 7.1 magnitude... 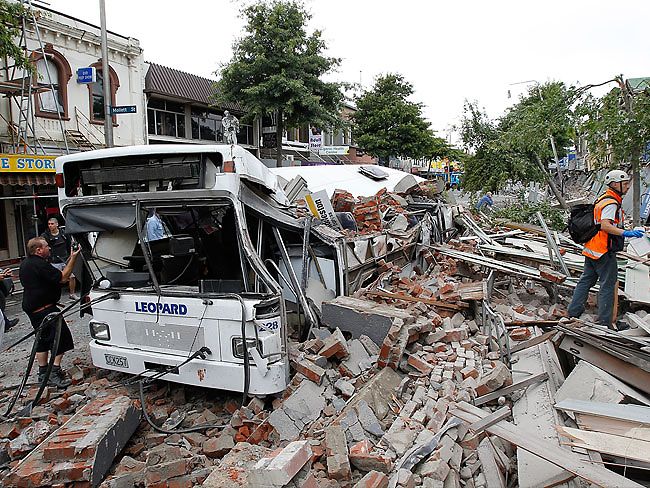 The quake occurred at 12:51p.m., while the city was bustling with activity
by Geoffrey Grider February 22, 2011
NOW THE END BEGINS SHARE:

Signs of the times. Something is happening in New Zealand’s Canterbury Plains that has come as a great surprise to residents and geologists alike. According to Scientific American, the recent earthquakes of 7.1 magnitude in September, and Tuesday’s destructive 6.3 quake were quite unexpected, and both events caught the people of Christchurch completely off-guard. Though the devastation is shocking, it is not much of a surprise to those watching the signs of these times foretold by Jesus in Matthew 24.

“Canterbury Plains likely had not experienced an earthquake in thousands of years. In fact, scientists did not even know there was a geological fault there until it ruptured last year.”

A state of emergency has been declared by Prime Minister John Key as the death toll has risen to 75 and the search continues for hundreds still missing. Extensive damage has been caused to structures throughout the city, and the earthquake even broke off an estimated 30 million tons of ice from Tasman Glacier, located 120 miles from Christchurch.

The quake occurred at 12:51p.m., when the city was bustling with activity.

Police have said there is “incredible carnage right throughout the city”, with “bodies littering the streets”. More than 300 people are still missing. Forty-eight were pulled out from collapsed buildings alive overnight.

The earthquake struck at a shallow depth of 5km (3.1 miles) on Tuesday lunchtime, when the South Island city was at its busiest. It was Christchurch’s second major tremor in five months, and New Zealand’s deadliest natural disaster in 80 years.