Next month, the Temple of Baal will come to Times Square. Reproductions of the 50-foot arch that formed the temple’s entrance are to be installed in New York and in London, a tribute to the 2,000-year-old structure that the Islamic State destroyed last year in the Syrian town of Palmyra.

Next month, the Temple of Baal will come to Times Square. Reproductions of the 50-foot arch that formed the temple’s entrance are to be installed in New York and in London, a tribute to the 2,000-year-old structure that the Islamic State destroyed last year in the Syrian town of Palmyra. The group’s rampage through Palmyra, a city that reached its peak in the second and third century A.D., enraged the world, spurring scholars and conservationists into action. Numerous nongovernmental organizations are now cataloging and mapping damaged cultural heritage sites in the region – from the New York Times 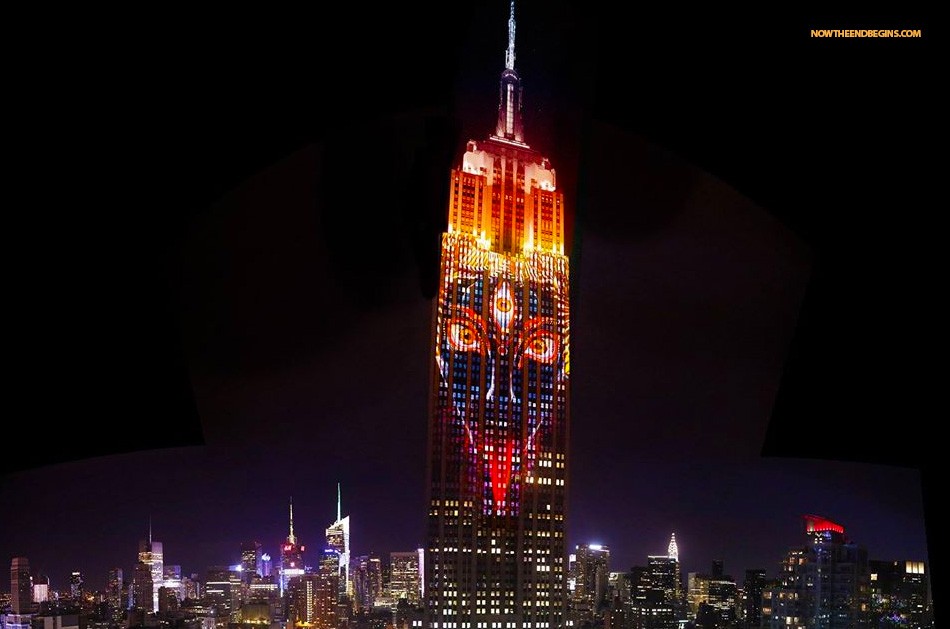 Remember last August when the image of the Hindu Goddess of Death, Kali, was put on the side of the Empire State building?

In the Bible, Baal was the reigning false god worshipped in the pagan cities of Canaan and Phoenicia. The name ‘baal’ appears 63 times in 51 verses in the King James Bible. Before the Hebrews entered the Promised Land, the Lord God warned against worshiping Canaan’s gods (Deuteronomy 6:14-15), but Israel turned to idolatry anyway. During the reign of Ahab and Jezebel, at the height of Baal worship in Israel, God directly confronted the paganism through His prophet Elijah. In Matthew 12:27, Jesus calls Satan “Beelzebub,” linking the devil to Baal-Zebub, a Philistine deity (2 Kings 1:2). The Baalim of the Old Testament were nothing more than demons masquerading as gods, and all idolatry is ultimately devil-worship (1 Corinthians 10:20).

America is not the Babylon from the Bible, but certainly many attributes of our society resemble pagan Babylon. We live in a society that glorifies homosexuality, pornography, drunkenness, and we kill more of our unborn citizens by performing over 3,000 abortions per day every day in the United States. We have twice elected a Marxist president who is the antithesis of Christian values, a man who has done more to turn America towards true paganism than any other president we have ever elected.

Bringing the Temple of Baal to New York City is quite fitting. In 2016, we have become a nation that does not want God, does not want His Book, and most importantly has locked His Son Jesus Christ outside the doors of the professing Christian church. We have become greedy, selfie-centered, powerless wanderers, not realizing that the judgement of God has already fallen down upon us.

“For when they shall say, Peace and safety; then sudden destruction cometh upon them, as travail upon a woman with child; and they shall not escape.” 1 Thessalonians 5:3 (KJV)

Many are saying that recreating the Temple of Baal in New York and London will ‘open a portal‘ to sinister forces, and that the planets will be aligned in such a way during that time as to portend dark things. Now I don’t know about that, I guess we will just have to wait and see what happens but I do know this. For the last 8 years as a nation we have begged God to leave us alone and to remove Himself from our affairs.