Christianity has been on the path of being wiped out in Europe for some time now, but something so blatant as ignoring the presence of Christian holidays altogether, still... 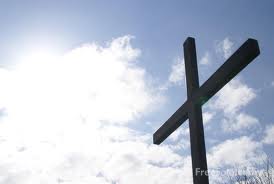 A calendar for 2011-2012 published by The European Union has conspicuously left out any mention of Christian holidays. Three million copies have already been printed and will be available for free to European students. There has been quite a stir caused by this ommision, especially since Jewish and Muslim holidays are included in the calendar. Christianity has been on the path of being wiped out in Europe for some time now, but something so blatant as ignoring the presence of Christian holidays altogether, still rattles the Christians of Europe.

The Christian Democratic Party in France has started a petition to stop to the distribution of this calendar as it is printed, and they would like to see the EU offer a calendar that includes Christian holidays.

“The role of the Christian religion in the shaping of Europe is an undeniable historical fact” that the European Union cannot omit.  To do so would be to “instruct students while denying that a particular religion has greatly contributed to the foundation and unity of Europe,” the organization said. source: CNA 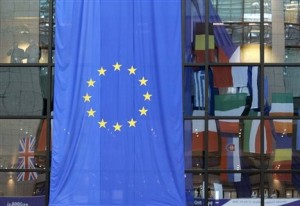 The European Union seems determined to completely wipe out any connection to its Christians roots, but has no issue with honoring Judaism and Islam in the instance of this calendar. Unfortunately, America may very well be headed down the same path as the EU.

The name of Jesus Christ is being attacked so flagrantly, and in so many ways across the world, that it can make one’s head spin. This is nothing new, but it does seem more and more common for Christians to be trampled on with little regard. Christians should remember that name of Jesus will continue to be hated, but that there is no name more precious and highly exalted under heaven. We must hold on dearly to Jesus’ name no matter how much we are despised.

Wherefore God also hath highly exalted him, and given him a name which is above every name: That at the name of Jesus every knee should bow, of [things] in heaven, and [things] in earth, and [things] under the earth; Phil 2:9,10

Neither is there salvation in any other: for there is none other name under heaven given among men, whereby we must be saved. Acts 4:12