Netanyahu Says Israel Is In A ‘Battle For Jerusalem, Our Eternal Capital’

"I call on all the leaders of countries in the Western world: I want to see outrage over this massacre. I want to see denunciation," he said at a... 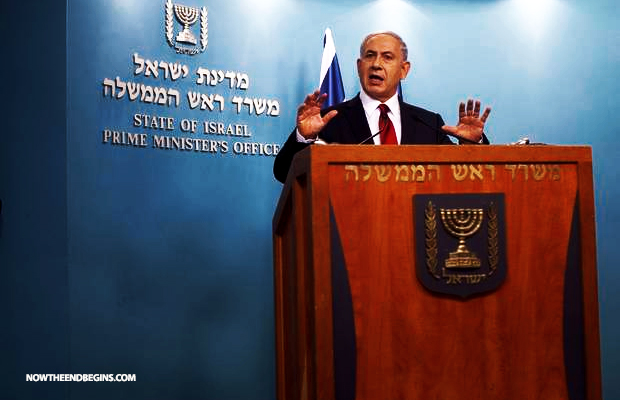 “I call on all the leaders of countries in the Western world: I want to see outrage over this massacre. I want to see denunciation,” he said at a press conference in Jerusalem Tuesday night.

Two terrorists wielding meat cleavers, knives and guns arrived at the compound on Harav Shimon Agassi Street, which includes a synagogue and yeshiva (rabbinical seminary), and carried out two attacks in two locations.

While Palestinian President Mahmoud Abbas condemned the attack, Netanyahu said this was not enough.

“Citizens of Israel, I call on you to show maximum alert and to respect the law. As a state, we will settle accounts with all of the terrorists and those who dispatched them. We have already proven that we do this, but let nobody take the law into his hands, even if tempers flare and blood boils. We are in a lengthy war against abhorrent terrorism which did not start today. Terrorism has followed us through all the years of the Zionist enterprise. We have always withstood it and we will do so this time as well.

“There are those who would like to uproot us from our land and from our capital. They will not achieve their aim. We are in a battle for Jerusalem, our eternal capital. In this battle we must be united; this is the order of the day. We have always known to unite in times of trial.”

Read more at Bridges For Peace…