NATO ‘one step’ from land war in Libya, says Russia 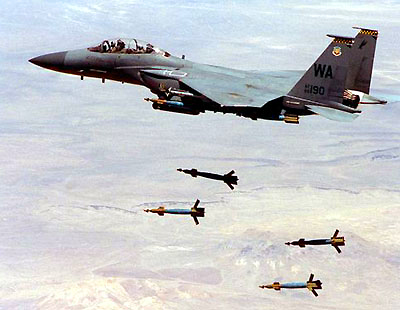 From the heart the mouth speaks

Remember all the antiwar protests from Code Pink and others that railed against Bush’s ‘illegal wars’? You don’t hear a peep out of them now, so either they were really just anti-Bush or they have suddenly become fond of illegally declared wars. Obama promised when he started the attack against Libya that it would only be for a “few days”. Here we are months later and the ‘police action’ has been renewed to go at least until September and and now we have the promise that it will escalate into a ground war any day now. Is Obama capable of ever speaking the truth?

Ivanov said Sunday at an Asian security conference in Singapore that Russia didn’t know that a United Nations resolution it supported to protect civilians and shut down Libyan air space would lead to a land operation.

British and French attack helicopters struck for the first time inside Libya on Saturday. NATO had previously relied on attack jets generally flying above 15,000 feet (4,500 meters).

NATO airstrikes have kept the outgunned rebels from being overrun, but the rebels have been unable to mount an effective offensive against Gadhafi’s better-equipped forces.” source – Yahoo News