Farrakhan made the argument that Jesus was not Christian. “Because Jesus said ‘Not My will, but Thy will.’ You know what we call that in Arabic? Islam. He... 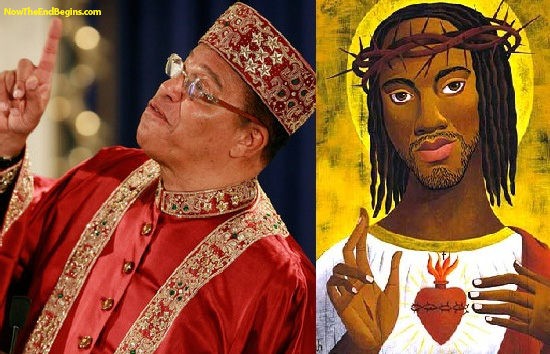 Hatred never seems to day a day off

“For it is written, that Abraham had two sons, the one by a bondmaid, the other by a freewoman. But he who was of the bondwoman was born after the flesh; but he of the freewoman was by promise.” Galatians 4:22,23

With a former U.S. Congressman in the audience, Nation of Islam leader Louis Farrakhan made his anticipated, controversial appearance Tuesday night at Alabama A&M University.  Surrounded by a security detail of dark suits and bow ties, it was Farrakhan’s white suit that commanded the stage.

Speaking to a cheering crowd that filled most of the auditorium, Farrakhan touched on sensitive religious and racial issues while using his infamous vernacular to hammer some astounding points.

The minister began by referring to the national controversy that had been built around his appearance at the university.   ”Here in Alabama, Mississippi, Louisiana, Georgia, and even in other parts of the country, they didn’t like outsiders coming to disturb the plantation.  So when an outsider came that master thought might upset the plantation mentality, he would threaten the slave and go, ‘don’t you listen to him, he’s a hater.’  Well you just met me!  Who taught you to hate your black self?  It wasn’t Farrakahn.”

On the topic of religion and race Farrakhan got personal, ”If He made us black – with kinky hair, broad nose, thick lips – if I don’t like me, how could I like the God who created me?”

Paul Gattis, a reporter for The Huntsville Times who was in the audience wrote, “[Farrakhan] also repeatedly said that it is not known if Jesus was a Caucasian, as He is typically portrayed. Farrakhan made the same point about Elijah, the Jewish prophet.”

Farrakhan referenced the Jewish Seder holiday and specifically the Jewish tradition of the Prophet Elijah’s arrival to each doorway on Passover night: “If Elijah was at the door and he was black, you would call 911 and say there’s a n****r at the door, claiming he’s Elijah! Send the police!”

Why would Jewish people be so shocked? “Because you are not trained to accept wisdom from a black person, no matter how wise that black person is” the minister explained, “Jesus was a black man.”

Most astoundingly, Farrakhan made the argument that Jesus was not Christian. “Because Jesus said ‘Not My will, but Thy will.’ You know what we call that in Arabic?  Islam. He was a Muslim.” source – The Blaze

Editor’s Note: “And the disciples were called Christians first in Antioch.” Acts 11:26 – When Farrakhan says that “Jesus was not a Christian”, he is correct but for the wrong reason. The term “christian” means someone who is a follower of Jesus Christ. Hence, Jesus Himself cannot rightly be called a “follower” of Himself. The CEO, while he works for the company, is not an employee in an meaningful sense of the word.