Nancy Pelosi received the Margaret Sanger award for her work defending abortion rights. In her acceptance speech, Pelosi slammed abortion opponents, especially criticized the “personhood” laws some of them... 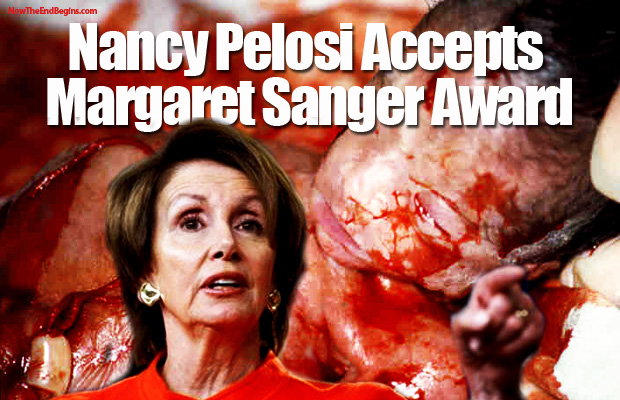 “We should hire three or four colored ministers, preferably with social-service backgrounds, and with engaging personalities.  The most successful educational approach to the Negro is through a religious appeal. We don’t want the word to go out that we want to exterminate the Negro population, and the minister is the man who can straighten out that idea if it ever occurs to any of their more rebellious members.” Margaret Sanger, from her book “Women, Morality and Birth Control”

Look at what’s behind Nancy Pelosi, this is what she just received an award for. Aren’t you proud of America?

–“When you see how closed their minds are or oblivious or whatever it is — dumb — then you know what the fight is about,” Pelosi said. “Whatever happens with the court…we must remember these battles will not be the end of the fight,” she added. Former New York Mayor Michael Bloomberg was also awarded. source – Fox News