Islamist militias in Libya took control of nearly a dozen commercial jetliners last month, and western intelligence agencies recently issued a warning that the jets could be used in... 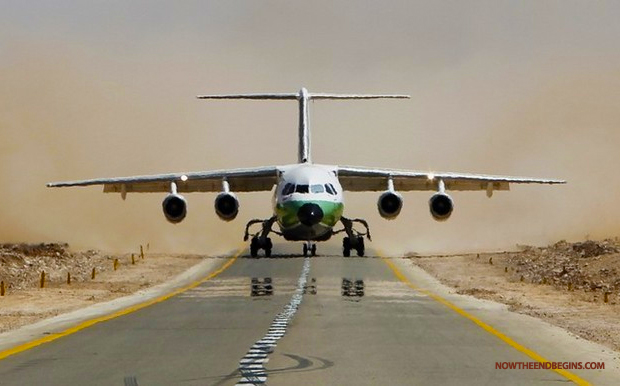 It’s as if US President and Sunni Muslim Barack Hussein has sent a message around the globe that has been fully received by Islamic terrorists everywhere, and that message is this:

“The United States of America will not offer you, Sharia Islam, any meaningful resistance of any kind. You are free to murder, rape, kill, destroy and pillage as you see fit. We are not concerned with attacks on our embassies, or with the beheadings of America citizens. Do as thou wilt” – Barack Obama, Golfer-in-chief and Community Organizer

Islamist militias in Libya took control of nearly a dozen commercial jetliners last month, and western intelligence agencies recently issued a warning that the jets could be used in terrorist attacks across North Africa.

Waiting for the planes to start falling from the sky…again.

Intelligence reports of the stolen jetliners were distributed within the U.S. government over the past two weeks and included a warning that one or more of the aircraft could be used in an attack later this month on the date marking the anniversary of the Sept. 11, 2001, terrorist attacks against New York and Washington, said U.S. officials familiar with the reports.

“There are a number of commercial airliners in Libya that are missing,” said one official. “We found out on September 11 what can happen with hijacked planes.”

The official said the aircraft are a serious counter-terrorism concern because reports of terrorist control over the Libyan airliners come three weeks before the 13th anniversary of 9/11 attacks and the second anniversary of the Libyan terrorist attack on the U.S. diplomatic compound in Benghazi.

Four Americans, including Ambassador Christopher Stevens, were killed in the Benghazi attack, which the Obama administration initially said was the result of a spontaneous demonstration against an anti-Muslim video.