Not one word of the phony interview rings true. Ahmed Mohamed sounds exactly like what he is - an over-coached kid who is struggling to remember what his Muslim handlers have fed into his brain.

By lunchtime Wednesday, U.S. President Barack Obama was tweeting about him.

First of all, let me just say that as a former school teacher, if a Muslim student of mine like Ahmed Mohamed would have brought in what looks for all the world just like a suitcase bomb, I would absolutely call the police. You would have be an idiot not to. They did exactly the right thing. In Muslim dominant countries in the Middle East, they train children all the time to carry wired bombs and explode them on people in jihad. NTEB applauds the smart decision by the Irving Texas police force to detain Ahmed and truly investigate what was actually in that suitcase.

Secondly, Ahmed’s father Mohamed ElHassan has a lengthy history of trying to make a name for himself with self-aggrandizing, pro-Islam moments. Obama and the Liberals will use the concocted moment to further push the pro-Muslim agenda in America. You can smell the setup from a mile away.

If you believe one word of this pathetic hoax, you’re a Liberal:

Not one word of the phony interview rings true. Ahmed Mohamed sounds exactly like what he is – an over-coached kid who is struggling to remember what his Muslim handlers have fed into his brain. He knows he didn’t build any clock, and lies repeatedly when he says he did. Go look up what Taqiyya is. Right now, go Google it.  Or if you are too lazy to do that, read this: :“He who makes peace between the people by inventing good information or saying good things, is not a liar.” Bukhari 49:857

Lastly, the suitcase clock-bomb itself is a hoax. Ahmed Mohamed’s claims that he assembled a clock at home that he took to school is starting to unravel. Two investigators who have studied the image of Mohamed’s device provided by Irving, Texas police have concluded that Mohamed did not make the clock. 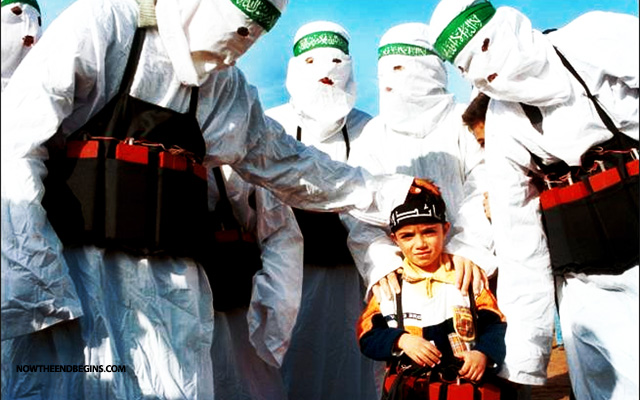 When you understand Islam, things begin to make sense.

Both conclude that Mohamed disassembled a manufactured clock and installed it in a large pencil box without its casing. And both say it is possible it was done to provoke suspicion or to resemble a bomb.

Cool clock, Ahmed. Want to bring it to the White House? We should inspire more kids like you to like science. It’s what makes America great.

The clock has been identified as being sold in a 1986 Radio Shack catalogue by an Art Voice reader. So this kid never even actually built a clock, all he did was disassemble a pre-existing one and then LIE when he said that  he “built it”. Radio Shack built it. The question is WHY would he do that? 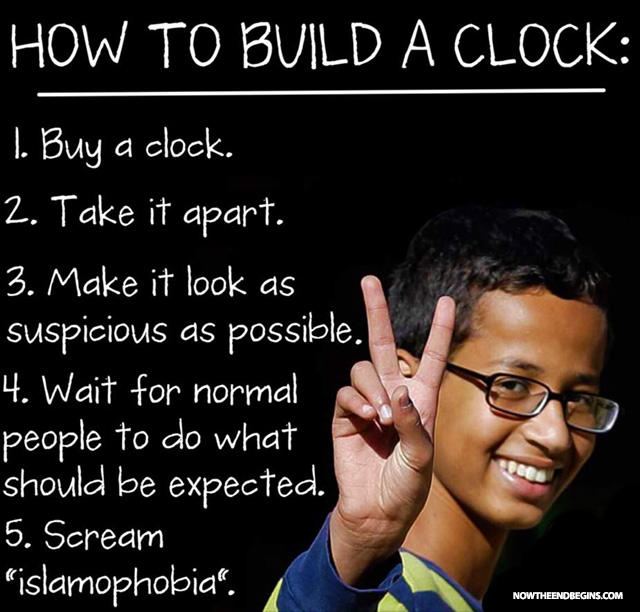 I will tell you why he did it. Because he was COACHED by his father and their Muslim friends to pull this SCAM on what they already know is a gullible, stupid, pro-Islamic American audience.

Is Clock Kid Furor All A Big Setup?

America, you have been played, badly. If we as a nation are not smart enough to see through this pathetic scheme, how then will we ever defeat ISIS when the terror attacks start on our local street corner?