A hacker network that claims to be based in Saudi Arabia paralyzed the websites of Israel's stock exchange and national airline on Monday, escalating an international cyber war that... 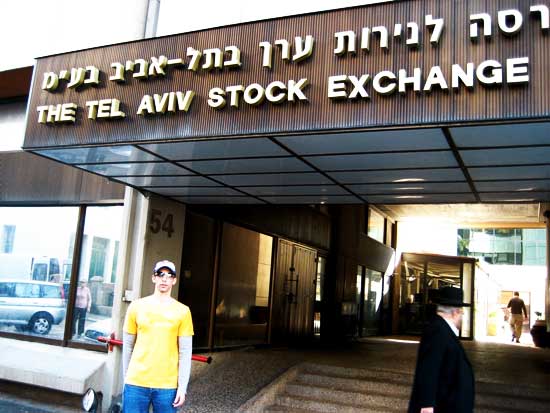 JERUSALEM (AP) — A hacker network that claims to be based in Saudi Arabia paralyzed the websites of Israel’s stock exchange and national airline on Monday, escalating an international cyber war that has jolted this security-obsessed country.

Neither website contains sensitive information and trading and flights were not affected. But the ongoing salvos by hackers who use anti-Israel language in their posts has revealed how vulnerable Israel is to cyber warfare, despite its sophisticated computer security units in the military and advanced high-tech sector.

The attacks began earlier this month when hackers identifying themselves as group-xp, a known Saudi hacking group, claimed on an Israeli sports website to have gained access to 400,000 Israeli credit card accounts. The group called it a “gift to the world for the New Year” designed to “hurt the Zionist pocket.”

Israeli authorities said 15,000 accounts were hacked in that episode and credit card information about 6,000 other Israelis was disclosed online a few days later by the same network.

Last week, an Israeli hacker identifying himself as a soldier in an Israeli intelligence unit retaliated by posting information online about hundreds of Saudis, Egyptians, Syrians and others.

On Monday, El Al Israel Airlines took down its website after hacker OxOmar, who has been linked to the Saudi group, warned that both sites would be targeted by allied pro-Palestinian hackers, a person close to the company said. The source was not authorized to speak to the media and requested anonymity.

The company said in a statement that it was taking security measures to protect the website and that disruptions on the site were to be expected.

Orna Goren, a spokeswoman for the Tel Aviv Stock Exchange, said the site was overwhelmed by electronic requests that slowed it down dramatically but it was still operating. Trading was not affected, she said.

Cyber experts say Israel is a common target for online attackers who oppose the Jewish state and its policies toward the Palestinians, but there have been no confirmed reports of sensitive Israeli government sites being hacked.

News of the hacking led to a linguistic counterattack at Israel’s state radio. Continuing its decades-long battle against the use of English words in its Hebrew broadcasts, the radio’s linguist insisted that reporters use a Hebrew word, “patzchan,” meaning a person who cracks something open, instead of “hacker.” source – Yahoo News