Egypt’s Muslim Brotherhood called for protests across the country on Sunday to support President Mohammed Mursi, while the country’s judges urged for a nationwide strike against a decree they...
by Geoffrey Grider November 25, 2012
NOW THE END BEGINS SHARE: 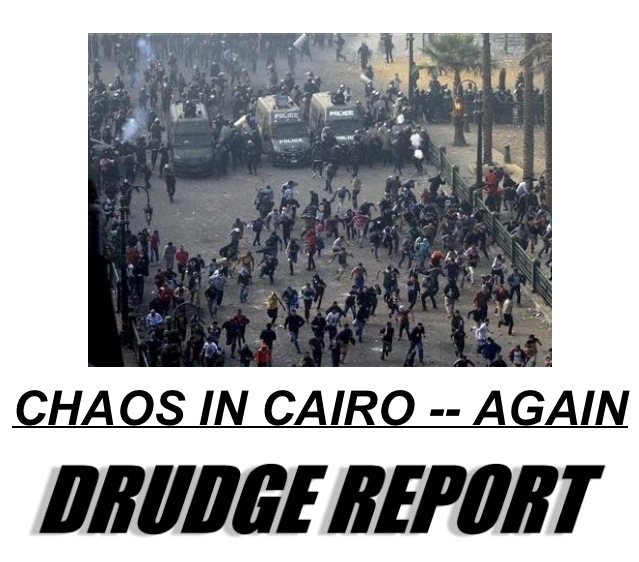 Egypt’s Muslim Brotherhood called for protests across the country on Sunday to support President Mohammed Mursi, while the country’s judges urged for a nationwide strike against a decree they saw as granting Mursi new, extensive powers.

The Brotherhood’s protest requests came as Egypt’s Judges Club, a body that represents judges throughout the country, called for “the suspension of work in all courts and prosecution administrations,” after several hours of emergency talks in response to what they called Mursi’s “ferocious attack on Egyptian justice.”

On the ground, clashes erupted outside the High Court between supporters and opponents of Mursi’s new constitutional declaration while the Judges Club held an hours-long emergency meeting inside.

“Some supporters of the declaration shot off fireworks at the gates of the court, and police fired teargas at protesters after they attempted to storm the building,” reported Egypt Independent.

Protesters favoring the declaration started chanting “the people demand the execution of Abdel Maguid,” according to the newspaper, in reference to former Prosecutor General Mahmoud Abdel Meguid, who was sacked after Mursi’s new declaration and was attending the meeting inside.

During Saturday’s meeting, defiant Egyptian judges demanded the president retract a decree granting himself sweeping powers that put him beyond judicial oversight.

As the judges met, civil groups led former U.N. nuclear watchdog chief Mohamed ElBaradei, and former presidential candidates Hamdeen Sabbahi, Amr Mussa and Abdelmoneim Abul Futuh, said there could be no dialogue with Mursi until he rescinded the decree.

“We refuse any dialogue with the president until he cancels the constitutional declaration,” according to a joint statement read out at a news conference.

Several judicial bodies have condemned Mursi’s decree, with the Supreme Judicial Council, denouncing it as “an unprecedented attack on the independence of the judiciary and its rulings.”

Earlier on Saturday, the Judges Club of Alexandria announced a strike in the provinces of Alexandria and Beheira and said they “will accept nothing less than the cancellation of (Mursi’s decree),” which violates the principle of separation of powers, club chief Mohammed Ezzat al-Agwa said.

In the same vain, Egypt’s Shura council (upper house of parliament), dominated mainly by Islamists, said it will hold a meeting Sunday morning to discuss the repercussions of the declaration, according to Al Arabiya.

The president already held both and executive and legislative powers, and his Thursday decree puts him beyond judicial oversight until a new constitution has been ratified in a referendum.

The decree also means that the Islamist-dominated panel drawing up a new constitution can no longer be touched and gives it a two-month extension until February to complete its work.

A hard core group of opposition activists spent the night in Tahrir Square — the epicentre of the anti-Mubarak uprising — where they erected some 30 tents, an AFP correspondent reported.

When others attempted to join them in the morning, police fired volleys of tear gas and forced them to retreat into surrounding streets, reported AFP.

The mainly secular liberals say they are determined to keep up the momentum of protests against Mursi’s decree and have called a new mass protest in Tahrir onTuesday.

The Muslim Brotherhood called on its own supporters to take to the streets on Tuesday in Abdeen Square, just streets away from Tahrir, to show their support for Mursi.

“Egypt is at the start of a new revolution because it was never our intention to replace one dictator with another,” activist Mohammed al-Gamal told AFP, showing his broken spectacles and hand in a plaster cast than he said were the result of police action.

Washington, which only Wednesday voiced fulsome praise for Mursi’s role in brokering a truce between Israel and Gaza’s Hamas rulers to end eight days of deadly violence, led international criticism of the Islamist president’s move.

But a spokesman for the Freedom and Justice Party, headed by Mursi before his election, said the president’s decree was necessary to cut short the turbulent transition.

“We need stability,” said Murad Ali. “That’s not going to happen if we go back again to allowing the judges, who have personal reasons, to dissolve the constituent assembly in order to prolong the transitional phase.” http://english.alarabiya.net/articles/2012/11/24/251518.html