Mubarak Out As Deception Reigns

The weight of the protests has grown, Mubarak has caved and the Muslim Brotherhood lurks in the shadows. For those of us with freedom loving hearts, there is an... 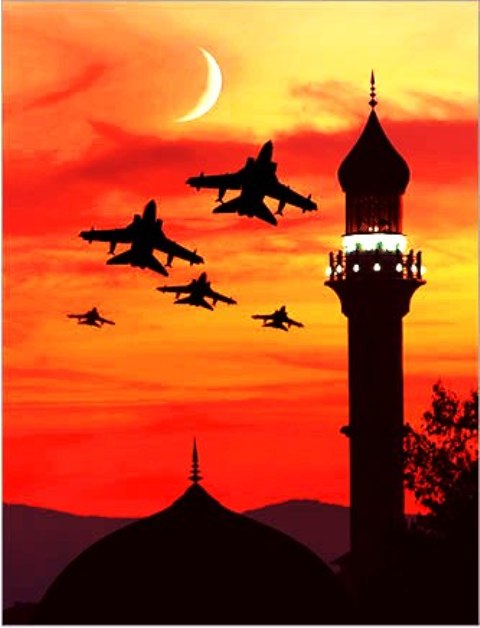 The weight of the protests has grown, Mubarak has caved and the Muslim Brotherhood lurks in the shadows. For those of us with freedom loving hearts, there is an uneasy, eerie sense that freedom will be the last thing that will reign in Egypt when all is said and done.

Many claim change must come to Egypt and that change must prevail. Interesting that is what America was told in 2008 and look at the trouble ‘’change’’ got us into! It’s true that Mubarak has been in power far too long.  I do believe there is a heavy percentage of Egyptians that yearn for freedom and to have their voices heard. As Americans, we know that freedom is an innate desire that runs through the veins of not only the oppressed but of those who know that it doesn’t come for free.

The people of Egypt have a right to elect their leader in a democratic fashion but change isn’t always a good thing especially when the alternative is far worse. As I look at the throngs of Egyptians in the streets, it’s naïve to believe that all those in favor of ousting Mubarak are true freedom seekers. America knows this feeling all too well in our fight against terrorism. One of the biggest difficulties in the war on terror is knowing who our enemy is. By day they are regular civilians on the dirt roads of Kandahar and at night they are terrorist thugs. This enemy knows how to blend in with the multitudes and anyone who thinks this isn’t happening in Egypt is incredibly deceived. This deception runs rampid throughout Barack Obama.

The question is, has Egypt rushed towards Democracy or have they rushed towards a radical regime? The Muslim Brotherhood was in talks with the Egyptian government right before Mubarak’s decision to step down.  The truth is that the only real so-called organized group in Egypt (apart from the Egyptian military) is the radical Muslim Brotherhood.  The fact that America’s President didn’t say one word against the possibility of the radical Muslim Brotherhood taking over control will speak volumes when all hell breaks loose in Egypt. The Obama administration blindly urged a quick transition and relished in the fact that talks were taking place without any regard of who was partaking in the talks! You can have talks with the devil himself does that make it right? It is very dangerous when action alone overrides substance.  Obama just commented on the events in Egypt stating that ‘’history is being made” as if it’s always a good thing whenever history is made. Last time I checked, Hitler made history too…

The transition to a new Egyptian government has been expedited. However, that doesn’t mean that the transition from the new government to the Muslim Brotherhood will be expedited too. As seen during the Iranian Revolution, these radical groups are very patient and the work their way in. They don’t care how long it takes just as long as they prevail in the end.

As the transition in Egypt is being hurried along, America’s dearest ally Israel is rushing to ensure their security in case their worst fears come to fruition. In the beginning, Israel wanted Mubarak to remain until a new leader was democratically put in place. Now Israel’s fears have increased that a radical uprising in Egypt will cut oil off to Israel. The Sinai Peninsula is a hot spot for terrorists to smuggle weapons and launch rockets into Israel. Prime Minister Benjamin Netanyahu has tried to hurry the building of a fence along the porous border to assure decreased infiltration of terrorists. The threat to Israel is increasing and America’s President does anything but side with our ally.  For Obama it’s more important to air on the side of “history” regardless of the danger that it poses.

When the noise dies down and the government has transitioned that is when the real change will begin taking place. That is when Israel will know if she has a friend or an enemy cloaked in the same hate as Ahmadenijad.  Ultimately, will the Egyptian flag fly high over the city of Cairo or will the flag that bears the Koran enveloped by two swords take its place?