Mr. Obama, When Will You Get Angry About Radical Islam?

There are approximately 1.6 billion Muslims on this earth. Over 300 million are aligned with jihad terrorism. That's not a tenth of one percent! Being raised in a Muslim country, and as a Muslim, BHO knows full well what the Qur'an says about global domination. He knows the jihad verses.

Once again, our president is declaring that we are NOT in a war against “Islamic Terrorism.”

America wants to know, when is President Obama going to get angry? When is he going to slam his fist on the desk, demand vengeance, put aside his incessant campaigning and call out the Islamic radicals of ISIS as the animals they are? (rhetorical trick question)

Interrupted in the course of yet another photo-op on the benefits of ObamaCare, the president looked almost irritated Tuesday to be asked his reaction to the murder of the Jordanian pilot, shown on an Internet video being burned alive by ISIS. 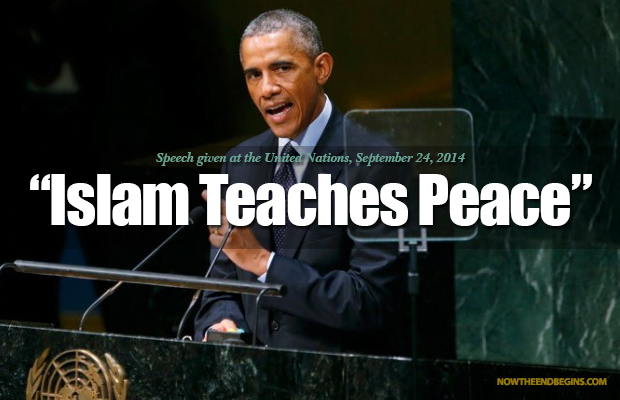 “We have reaffirmed that the United States is not and never will be at war with Islam. Islam teaches peace. Muslims the world over aspire to live with dignity and a sense of justice. And when it comes to America and Islam, there is no us and them – there is only us, because millions of Muslim Americans are part of the fabric of our country.”

He talked calmly about the “bankrupt ideology” of this “organization,” like he was addressing unhealthy menu choices at a fast food company. Where’s his outrage? source

“President Barack Obama said he rejects the notion that the war on terrorism is any kind of “religious war” against radical Islam, and that the U.S. should align itself with the 99.9 percent of Muslims who are also looking for peace and prosperity.”

He purposely placed radical Muslim Brotherhood members into key and very sensitive positions in our government. He allowed the new political party UMAA, made up of MB members, to assemble and meet in our State Department.

When will the left-wing nuts get their heads out of the sand and see what this usurper is doing to destroy America?

There are approximately 1.6 billion Muslims on this earth. Over 300 million are aligned with jihad terrorism. That’s not a tenth of one percent! Being raised in a Muslim country, and as a Muslim, BHO knows full well what the Qur’an says about global domination. He knows the jihad verses.

Look at the look on Obama’s face, he couldn’t care any less: