Five millions tons of rubbish made up of devastated homes, boats, cars and businesses is making its way across the Pacific Ocean following the 2011 tsunami in Japan. Scientists... 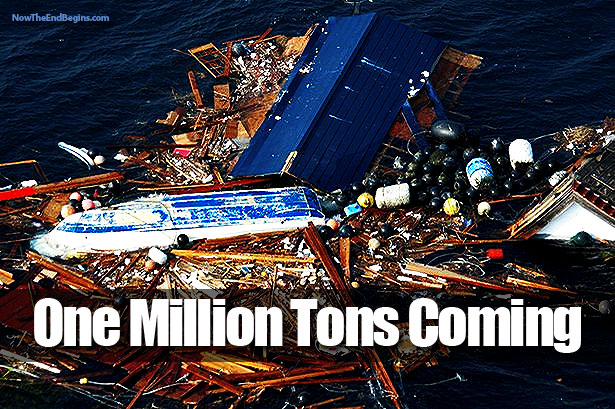 When the nuclear power plants melted down in the aftermath of the 2011 tsunami in Japan, we received endless assurances and reassurance that the reactors did not leak. That no radiation of any quantifiable amount had gotten out.

As it turns out, Japan lied about that.

Mirror UK: A floating island of debris three times the size of BRITAIN is heading for the California coastline sparking huge environmental concerns.

Five millions tons of rubbish made up of devastated homes, boats, cars and businesses is making its way across the Pacific Ocean following the 2011 tsunami in Japan. Scientists have already discovered debris on the west coast but their latest findings suggest California is expected to be hit with a deluge all at once.