The Marine Corps has created its first law enforcement battalions - a lean, specialized force of military police officers that it hopes can quickly deploy worldwide to help investigate... 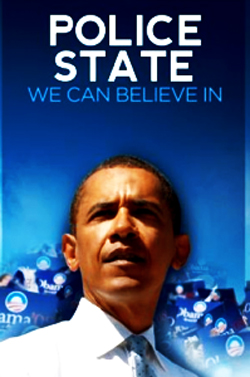 The Corps activated three such battalions last month. Each is made up of roughly 500 military police officers and dozens of dogs. The Marine Corps has had police battalions off and on since World War II but they were primarily focused on providing security, such as accompanying fuel convoys or guarding generals on visits to dangerous areas, said Maj. Jan Durham, commander of the 1st Law Enforcement Battalion at Camp Pendleton.

The idea behind the law enforcement battalions is to consolidate the military police and capitalize on their investigative skills and police training, he said. The new additions come as every branch in the military is trying to show its flexibility and resourcefulness amid defense cuts.

Marines have been increasingly taking on the role of a street cop along with their combat duties over the past decade in Iraq and Afghanistan, where they have been in charge of training both countries’ security forces. Those skills now can be used as a permanent part of the Marine Corps, Durham said.

The war on terror has also taught troops the importance of learning how to gather intelligence, secure evidence and assist local authorities in building cases to take down criminal networks. Troops have gotten better at combing raid sites for clues to help them track insurgents.

They also have changed their approach, realizing that marching into towns to show force alienates communities. Instead, they are being taught to fan out with interpreters to strike up conversations with truck drivers, money exchangers, cellphone sellers and others. The rapport building can net valuable information that could even alert troops about potential attacks.

But no group of Marines is better at that kind of work than the Corps’ military police, who graduate from academies just like civilian cops, Durham said. He said the image of military police patrolling base to ticket Marines for speeding or drinking has limited their use in the Corps. He hopes the creation of the battalions will change that, although analysts say only the future will tell whether the move is more than just a rebranding of what already existed within the Corps.

The battalions will be capable of helping control civil disturbances, handling detainees, carrying out forensic work, and using biometrics to identify suspects. Durham said they could assist local authorities in allied countries in securing crime scenes and building cases so criminals end up behind bars and not back out on the streets because of mistakes.

“Over the past 11 years of combat operations in Iraq and Afghanistan, some lessons learned painfully, there has been a growing appreciation and a demand for, on the part of the warfighter, the unique skills and capabilities that MPs bring to the fight,” Durham said. “We do enforce traffic laws and we do write reports and tickets, and that’s good, but we do so much more than that.”

Durham said the Marine Corps plans to show off its new battalions in Miami later this month at a conference put on by the Southern Command and that is expected to be attended by government officials from Central American countries, such as Guatemala, Honduras, El Salvador and Belize.

Defense analyst Loren Thompson said the battalions make sense given the nature of today’s global threats, which include powerful drug cartels and other criminal gangs that often mix with religious and political extremists, who use the profits to buy their weaponry.

“This is a smart idea because the biggest single problem the Marines have in dealing with low-intensity types of threats is that they basically are trained to kill people,” he said. “It’s good for the Marines to have skills that allow them to contain threats without creating casualties.”

Gary Solis, a former Marine Corps prosecutor and judge who teaches law of war at Georgetown University, said Marines have already been doing this kind of work for years but now that it has been made more formal by the creation of the battalions, it could raise a host of questions, especially on the use of force. The law of war allows for fighters to use deadly force as a first resort, while police officers use it as a last resort.

If Marines are sent in to do law enforcement but are attacked, will they go back to being warfighters? And if so, what are the implications? Solis asked.

“Am I a Marine or a cop? Can I be both?” he said. “Cops apply human rights law and Marines apply the law of war. Now that it’s blended, it makes it tougher for the young men and women who have to make the decision as to when deadly force is not appropriate.”

Durham said that military police understand that better than any Marine since they are trained in both.

“They are very comfortable with the escalation of force,” he said. “MPs get that. It’s fundamental to what we do.” source – AP