Marching Toward a Pro-life America

"Since 1974, the March for Life has been an annual reminder to the Beltway political machine that America must protect the lives of the unborn. This year was no... 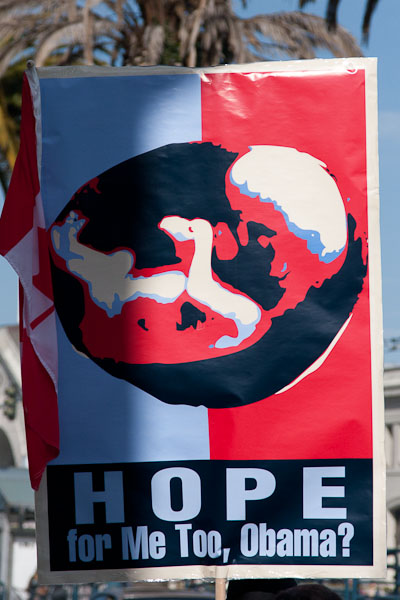 Last year National Right to Life estimated that there have been over 52 million abortions since the 1973 Roe v. Wade Supreme Court decision that legalized abortion in America. For President Barack Obama, the 38th anniversary of the tragic decision warranted a positive recognition:

Today marks the 38th anniversary of Roe v. Wade, the Supreme Court decision that protects women’s health and reproductive freedom, and affirms a fundamental principle: that government should not intrude on private family matters.

I am committed to protecting this constitutional right. I also remain committed to policies, initiatives, and programs that help prevent unintended pregnancies, support pregnant women and mothers, encourage healthy relationships, and promote adoption.

And on this anniversary, I hope that we will recommit ourselves more broadly to ensuring that our daughters have the same rights, the same freedoms, and the same opportunities as our sons to fulfill their dreams. source: USA Today

The Turning Tide. What Obama and pro-choice/pro-abortion Americans see as a freedom and a right to be celebrated, pro-life Americans see as murder of the most vulnerable human beings, who were made in the image and likeness of God. (Genesis 1:26,27). There is a trend in this country toward acknowledging that abortion is the killing of children in the womb; that they deserve to be protected and have a right life. Most pro-lifers understand that our creator does not take this issue lightly, and that societies that kill the innocent will face the judgement of God.

There are efforts nationwide not only to pass legislation that puts restrictions on abortion, but there are also Personhood petitions in all 50 states by Personhood USA to affirm that an unborn child is a person, which could effectively outlaw abortion. “We are seeing a cultural shift toward protecting life and rolling back the tide of unrestricted abortions, said Charmaine Yoest, president of Americans United for Life, in a statement ahead of Saturday’s anniversary of the 1973 U.S. Supreme Court ruling. source: Washington Post

The March for Life had a very good turnout in Washington this year, and there were marches held in other cities around the country as well. “Since 1974, the March for Life has been an annual reminder to the Beltway political machine that America must protect the lives of the unborn. This year was no different, but not with the 20,000 that came to the first March but well over 200,000 who showed up on this cold January Monday.” source: Catholic Online 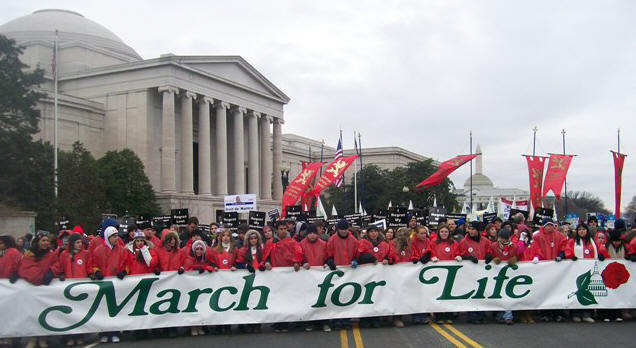 The drive to stop the killing of the innocent is overwhelmingly made up of Christians of all types, coming together to change the culture of America to one that places a high value on the sanctity of human life. The younger generation is especially turning the tide toward a staunch pro-life stance in America.

“For thou hast possessed my reins: thou hast covered me in my mother’s womb. I will praise thee; for I am fearfully [and] wonderfully made: marvellous [are] thy works; and [that] my soul knoweth right well.  Psalm 139:13,14