British archaeologists are seeking to authenticate what could be a landmark discovery in the documentation of early Christianity: a trove of 70 lead codices that appear to date from... 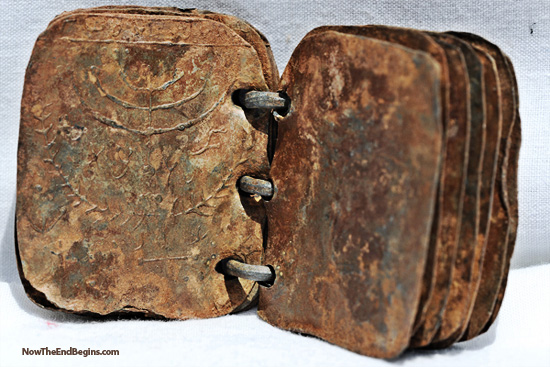 Could lead codices prove ‘the major discovery of Christian history’?

British archaeologists are seeking to authenticate what could be a landmark discovery in the documentation of early Christianity: a trove of 70 lead codices that appear to date from the 1st century AD, which may include key clues to the last days of Jesus’ life. As UK Daily Mail reporter Fiona Macrae writes, some researchers are suggesting this could be the most significant find in Christian archeology since the Dead Sea scrolls in 1947.

The codices turned up five years ago in a remote cave in eastern Jordan—a region where early Christian believers may have fled after the destruction of the Temple in Jerusalem in 70 AD. The codices are made up of wirebound individual pages, each roughly the size of a credit card. They contain a number of images and textual allusions to the Messiah, as well as some possible references to the crucifixion and resurrection. Some of the codices were sealed, prompting yet more breathless speculation that they could include the sealed book, shown only to the Messiah, mentioned in the Book of Revelation. One of the few sentences translated thus far from the texts, according to the BBC, reads, “I shall walk uprightly”–a phrase that also appears in Revelation. “While it could be simply a sentiment common in Judaism,” BBC writer Robert Pigott notes, “it could here be designed to refer to the resurrection.” 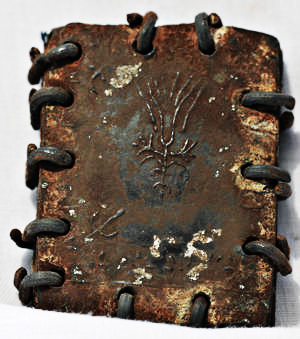 But the field of biblical archaeology is also prey to plenty of hoaxes and enterprising fraudsters, so investigators are proceeding with due empirical caution. Initial metallurgical research indicates that the codices are about 2,000 years old–based on the manner of corrosion they have undergone, which, as Macrae writes, “experts believe would be impossible to achieve artificially.”

Beyond the initial dating tests, however, little is confirmed about the codices or what they contain. And the saga of their discovery has already touched off a battle over ownership rights between Israel and Jordan. As the BBC’s Pigott recounts, the cache surfaced when a Jordanian Bedouin saw a menorah—the Jewish religious candleabra—exposed in the wake of a flash flood. But the codices somehow passed into the ownership of an Israeli Bedouin named Hassam Saeda, who claims that they have been in his family’s possession for the past 100 years. The Jordanian government has pledged to “exert all efforts at every level” to get the potentially priceless relics returned, Pigott reports.

Meanwhile, biblical scholars who have examined the codices point to significant textual evidence suggesting their early Christian origin. Philip Davies, emeritus professor of Old Testament Studies at Sheffield University, told Pigott he was “dumbstruck” at the sight of plates representing a picture map of ancient Jerusalem. “There is a cross in the foreground, and behind it is what has to be the tomb [of Jesus], a small building with an opening, and behind that the walls of the city,” Davies explained. “There are walls depicted on other pages of these books, too, and they almost certainly refer to Jerusalem.”

David Elkington, an ancient religion scholar who heads the British research team investigating the find, has likewise pronounced this nothing less than “the major discovery of Christian history.” Elkington told the Daily Mail that “it is a breathtaking thought that we have held these objects that might have been held by the early saints of the Church.” source – Yahoo News