Madonna Dances Over Pit Of Horned Demons At 2015 Grammys

Madonna's demons leaped and pulsated around their matador master - and even simulated sexual acts with her - as she belted out the dance music infused track.... 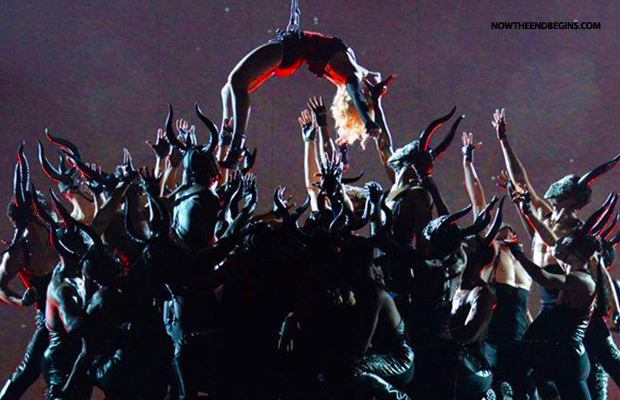 This marks the second year in a row that Madonna has performed at the Grammys.

“And this is the condemnation, that light is come into the world, and men loved darkness rather than light, because their deeds were evil.” John 3:19 (KJV)

She is known for shocking when it comes to her red carpet appearances, and this year’s Grammy Awards was no exception. One of the highlights of the 2015 Grammys was Madonna, dressed with red devil’s horns, and hanging over a pit of demons.

Madonna finished her song by being pulled up into the air, suspended above her demons

Letting her hair down, the Like A Virgin star strutted and danced her way across the stage in the red one piece. In true Madonna style, she was surrounded by scantily-clad masked men – her demons. 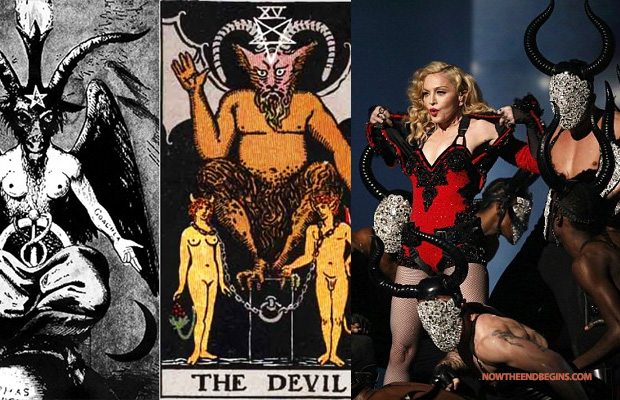 Madonna loves to design her stage outfits using the classic imagery of the Satanic Horns of Baphometm which represent the Devil.

The demons leaped and pulsated around their matador master – and even simulated sexual acts with her – as she belted out the dance music infused track.

It looks like Hollywood’s fascination with demons and darkness is not going to end anytime soon.