President Obama has been forced to reassess his view of what caused the attack in Benghazi, Libya that killed US Ambassador Christopher Stevens, raising questions about whether the White... 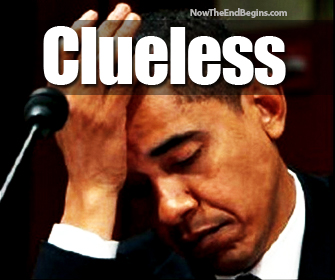 President Obama has been forced to reassess his view of what caused the attack in Benghazi, Libya that killed US Ambassador Christopher Stevens, raising questions about whether the White House has a solid grasp on the underpinnings of the angry convulsions rocking the Middle East and the impact of the so-called “Cairo doctrine” laid out by Obama shortly after he took office in 2009.

The White House initially laid the blame for the attack, as well as dozens of other protests that continue to roil the Mideast, on a YouTube clip from a movie called “The Innocence of Muslims” insulting of the Prophet Mohammed. White House spokesman Jay Carney first said the attack came “in response to … a film that we have judged to be reprehensible and disgusting.”

But this week, Mr. Carney changed the White House position and called the killing of Ambassador Stevens and three more diplomatic personnel a “terrorist attack.” In a TV interview Friday, Obama added that radical Libyan factions had used the movie as an “excuse” for a sophisticated incursion.

To be sure, when President Obama in 2009 offered a “new beginning” for US-Mideast relations based on “mutual respect and mutual interest,” he also acknowledged that turmoil in the region had historical antecedents that “go beyond any current policy debate.”

But emerging information about the attack and the continuing protests, some of which have turned deadly in recent days, have contrasted the President’s lofty hopes for the region with the impact of that policy, and whether it really quells tensions by reducing hatred for the US and the West among radical Muslims. Favorable views in Muslim countries toward the US dropped from 25 percent in 2009 to 15 percent in 2012, according to a Pew Global Attitudes survey released in June.

To some analysts, the seismic cultural and political convulsions in the past year, including protests in 20 nations over the YouTube clip, is testing the central premise of adjusting American interests while wielding softer power in the region.

“On … big issues that help define U.S.-Muslim relations – Iran, the stalled Israeli-Palestinian peace talks, and the Arab Spring – the President has seen a combination of setback, stalemate, and frustration,” writes Ben Feller of the Associated Press in a detailed analysis.

Overall, President Obama continues to receive significantly higher marks from Americans than his GOP challenger, Mitt Romney, when it comes to foreign policy.

But the past two weeks have also been a reality check for an administration still trying to understand the Benghazi incursion and the continuing protests across the region, an effort underscored for many Americans by the sight of the black Salafism flags, often claimed by Al Qaeda elements, flying over the US Embassy in Cairo on the 11th anniversary of the 9/11 terror attacks.

Before making broad judgments, some foreign policy analysts urge Americans to consider myriad factors playing into the protests and violence, including localized grievances and power vacuums still unfilled after the US-backed “Arab Spring” uprisings last year. In fact, the US has come to believe that the Benghazi attack may have been partly a response to the drone-killing of a regional Al Qaeda leader with ties to Libya rather than to broader anti-Americanism.

“The current anti-American backlash in the region is the byproduct of genuine misunderstanding, real ignorance, and political jockeying among Islamic groups,” Abdeslam Maghraoui, a Duke University political scientist, tells the AP.

Yet some conservative commentators seized on the White House’s about-face on the genesis of the Benghazi attack as insight into a president unwilling to starkly assess American policy abroad, including what many conservatives see as an apologetic tone and outreach to groups like the Muslim Brotherhood.

Obama acknowledging that the 14-minute trailer to the film was not the root cause of the attack, writes the Washington Post’s Charles Krauthammer, is for a “staggered and confused” White House to “admit that its doctrinal premises were supremely naïve and its policies deeply corrosive to American influence.”

Some Americans are starting to ask similar questions in the wake of the consulate attack in Benghazi and continued anti-American protests in the region.

A Wall Street Journal/NBC News poll taken before the White House confirmed Benghazi was a terror attack shows support for Obama’s foreign policy slipping by 5 percent since August, to below 50 percent, with 12 percent of independent voters withdrawing their support.

To be sure, the events in Benghazi are just now starting to emerge from the “fog of war” as an official State Department investigation is underway to determine the extent, and cause, of the security breach. But one growing perception in the Middle East is that the murder of Ambassador Stevens and three other embassy personnel may have been a revenge killing by a group known as Al Qaeda in the Islamic Maghreb that has been exploiting the power vacuum in Libya.

While the White House may have been under pressure to say something concrete about the Benghazi attack before more details were known, the late acknowledgement of a terror attack suggests to some that the Obama administration has struggled to understand the dynamics of the tumult.

In the case of the Benghazi attack, “I think this is a case of an administration saying what they wished to be true before waiting for all the facts to come in,” a senior retired CIA official said. source – Yahoo News