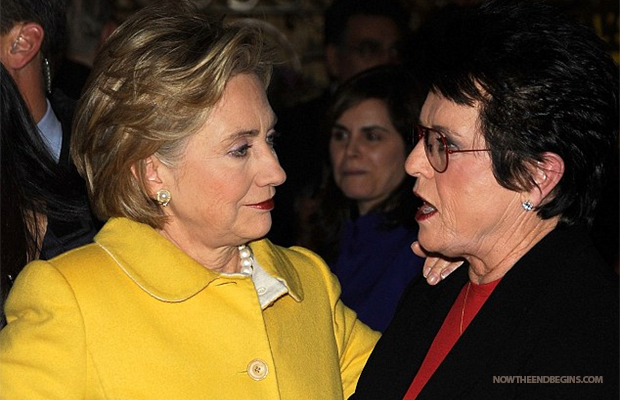 Hillary Clinton has garnered one of her first major endorsements in run bid for the White House: The nation’s largest lesbian political action committee.

On The View last year, co-host Jenny McCarthy speculated that one of the reasons why Hillary Clinton has stayed with philandering Bill so long was because she is a lesbian who only uses Bill for access to political power.

On Tuesday’s episode of “The View,” McCarthy suggested Hillary Clinton might be a lesbian. The remark came up during a discussion about Ronald Kessler’s new book,The First Family Detail: Secret Service Agents Reveal the Hidden Lives of Presidents. The book claims Bill Clinton has a mistress nicknamed “The Energizer,” according to the New York Post.

“I see former President William Clinton and he always seems to be so in love with his wife,” co-host Sherri Shepherd said. “They’ve weathered so many storms together.”

“Well, maybe he has his girlfriends and she has her girlfriends, you never know,” McCarthy added, smiling. “Maybe they have an arrangement.”

Lesbians4Hillary, co-chaired by pioneering tennis great Billie Jean King, said: ‘Hillary Clinton is a proven leader and she has a strong track record when it comes to inclusion — specifically for women and the LGBTQ community. 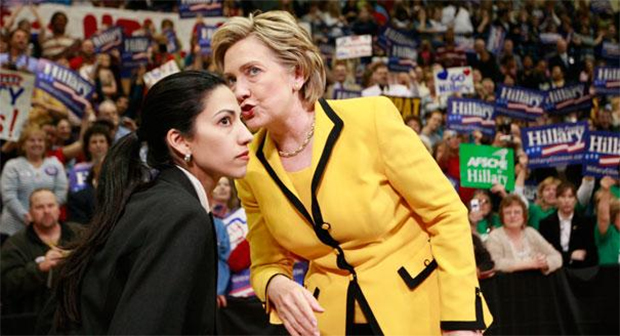 Pointing to Gennifer Flowers’ speculation over Hillary’s relationship with aide Huma Abedin (also the wife of failed New York mayoral candidate Anthony Weiner), Fischer noted, “The bottom line is that if Hillary Clinton becomes president in 2016, she will not only be our first female president, she could be our first lesbian president.”

‘Her entire career has been a road map to get her to this moment and she has earned my respect and my vote to become the next President of the United States of America. I am honored to join LPAC and help lead our effort to elect Hillary Clinton in 2016.’