Leon Panetta Says Obama Has ‘Given Up’ And Abandoned His Office

Tuesday on MSNBC's "Andrea Mitchell Reports," former Defense Secretary Leon Panetta declared President Barack Obama's approach to be like a law professor, however without the aspect of rolling up... 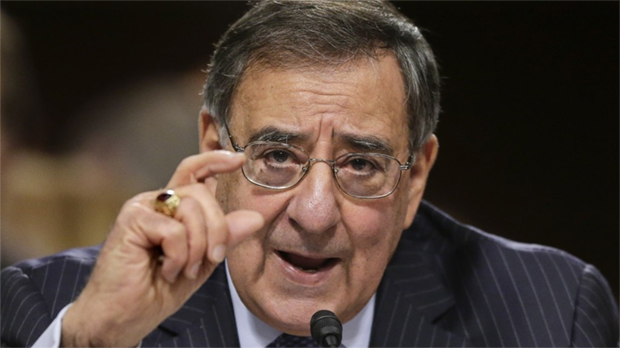 Tuesday on MSNBC’s “Andrea Mitchell Reports,” former Defense Secretary Leon Panetta declared President Barack Obama’s approach to be like a law professor, however without the aspect of rolling up his sleeves and to get the job done.

Instead he suggested Obama has given up. Panetta said, “Obama approaches things like a law professor in presenting a logic of his position. There is nothing wrong with that. We want to have a president who thinks through the issues. My experience in Washington is that logic alone doesn’t work.

“… the president has given up on the big issues facing this country.”

Once you lay out a position, you are going to roll up your sleeves and you have to fight to get it done. That is key in Washington. In order for presidents to succeed, they cannot just — when they run into problems, step back and give up.”

“There is a feeling and I have a feeling that the leadership and the president have given up on the big issues facing this country whether it’s immigration or a budget deal or infrastructure funding or trade or energy. there is a sense that you can’t deal with that. This country needs that. They can’t give up.”