Rockets fired from Lebanon struck northern Israel early Tuesday for the first time in more than two years, drawing a burst of Israeli artillery fire across the tense border,... 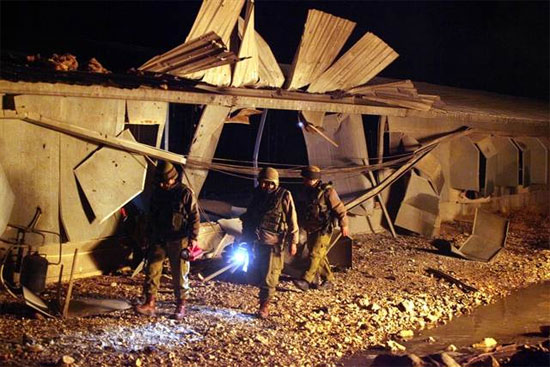 Rockets fired from Lebanon struck northern Israel early Tuesday for the first time in more than two years, drawing a burst of Israeli artillery fire across the tense border, the Israeli military said.

Two buildings in Israel’s western Galilee area were damaged, Israeli media said, but there were no reports of casualties. Residents said they heard two explosions and that houses shook.

No one claimed responsibility for the attack. The military said at least two of the rockets landed on Israeli soil, and that Israeli guns shelled the area where the fire had originated.

A Lebanese security official told The Associated Press that one rocket was fired from Lebanon and that Israel hit back with six rockets, which landed in an empty area. The official spoke on condition of anonymity because he was not authorized to speak to the media.

The flare-up comes at a time when the entire region is engulfed in violence and upheaval, with thousands killed in the regime’s crackdown on protesters in Syria and after popular uprisings ousted longtime rulers in Libya , Egypt , Tunisia and Yemen .

Israel said it was trying to establish who fired the rockets from Lebanon, but that it held the Lebanese government responsible and would deliver a complaint. The Israeli military said it did not expect Tuesday’s incident to touch off a wider conflict with Lebanon. In a statement, however, it said it regarded the attack as “severe.” source – MSNBC