Five of six deputies in the office of Kentucky county clerk Kim Davis found in contempt of court and held Thursday for her refusal to issue marriage licenses in...

"My conscience will not allow it," Davis said earlier to Bunning. "God's moral law convicts me and conflicts with my duties."
by Geoffrey Grider September 3, 2015
NOW THE END BEGINS SHARE:

As word of Kim Davis’ arrest became known in the crowd that numbered more than 100 protesters outside the courthouse, cheers and chants erupted.

“This know also, that in the last days perilous times shall come.” 2 Timothy 3:1 (KJV)

EDITOR’S NOTE: America in 2015 has officially become a post-Christian society, led by the treasonous activities of our post-American president, Barack Hussein Obama. The massive paradigm shift towards the full-throated embrace of same-sex culture will be the main legacy that Obama will leave behind. For those of us who will dare oppose this regime and stand for the Lord in these Last Days should not expect an easy ride. Today, the arrests have begun… ‪you just might be next.

ASHLAND, Ky. — Five of six deputies in the office of Kentucky county clerk Kim Davis found in contempt of court and held Thursday for her refusal to issue marriage licenses in wake of the Supreme Court decision to allow gays to wed say they will process the paperwork starting Friday.

But Rowan County Clerk Kim Davis, whom U.S. District Court Judge David Bunning has placed in the custody of U.S. marshals ready to take her to Boyd County jail, said through her lawyers that she will not authorize any of her employees to issue licenses in her absence.

“My conscience will not allow it,” Davis said earlier to Bunning. “God’s moral law convicts me and conflicts with my duties.”

The holdout was Davis’ son, Nathan Davis, who works in his mother’s office. Yet the other deputy clerks had reservations, some based on religion, as Davis has maintained, others with questions about their legal authority to sign off on forms without the elected official’s consent.

Kim Davis’ lawyers called into question whether any licenses issued in her absence would be legal.

Kim Davis being led out by Federal Marshals bound in hand shackles on her way to jail for refusing to advance the LGBT Mafia’s agenda.

But Bunning said couples would have to decide whether to take that risk on their own. He indicated that he would lift the contempt charge against the defiant county clerk if deputies began issuing marriage licenses but said he was reluctant to release her too quickly because of the possibility that she would stop the process and again try to go through the courts in a sort of ping-pong match. 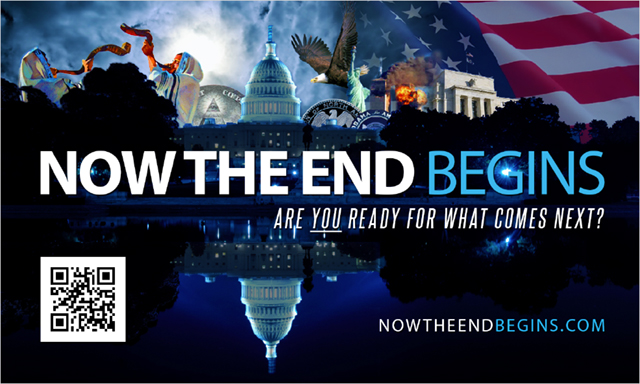 Click to order your box of NTEB Gospel Tracts today!  Be a bold witness for the Lord right up to the very end. NTEB gospel tracts are bright, 4-color, and printed on glossy postcard stock. On the back is a laser-focused gospel presentation and salvation invitation to the reader. We have personally handed out thousands and thousands of these tracts, and can testify that they are very well received.

Allowing Kim Davis, who previously has said she is an Apostolic Christian, to defy a court order could create a ripple effect among other county clerks, Bunning said. Two other clerks in the state also had stopped issuing marriage licenses but have not had lawsuits filed against them.

“Her good-faith belief is simply not a viable defense,” said Bunning, who said he also has deeply held religious beliefs. “Oaths mean things.”

Kim Davis, who was tearful at times in her morning appearance before the judge, testified that she could not obey Bunning’s order because God’s law trumps the court. source