Kanye West attended two services at Lakewood Church on Sunday. The first was a question and answer segment during Lakewood's Sunday morning service and the second was West's "Jesus is King: Sunday Service Experience." West and his choir performed for about two hours during the evening service. It was live-streamed on the church's social media pages and website. Lines of fans wrapped around the block.

Why did Kanye West use the Illuminati all-seeing Eye of Horus as a stage set at Lakewood Church during the ‘Jesus Is King’ Sunday Service?

So Kanye West brought his travelling Sunday Service road show to Joel Osteen’s Lakewood Church on Sunday night, and by all accounts it was a rousing success. But not in any of the accounts I have come across thus far make any mention of the odd styling of the stage set used. From ground level it appears to be a well-lit and professionally choreographed stage set, but when the camera shows us the birds-eye view, we see a completely different story.

“Having a form of godliness, but denying the power thereof: from such turn away.” 2 Timothy 3:5 (KJV)

What do we see? The all-seeing Eye of Horus that is so beloved by the Hollywood Illuminati, smack dab in the middle of the Jesus Is King Sunday Service. Hmm, I wonder how that happened?  So you can blather on and on about how Kanye West and his Sunday Service is a “work of the Holy Spirit”, but can you explain to me why the entire show was centered around the all-seeing Eye of Horus? 🤔 Wake up, church, wake up!

Nearly every Hollywood and music superstar now claims association with the Illuminati, Freemasonry, OTO or the Church of Satan. They flash occult signs and symbols in all their music videos, and we the same in nearly all films and movies. The favorite recurring symbol they love to use is the one-eyed, all-seeing Eye of Horus from ancient Egypt.

The All Seeing Eye Symbolism In Movie Posters

The all-seeing Eye of Horus is a favorite theme of the occult, the Illuminati and other sinister end times outfits. It has a very specific meaning, can you see a common theme in all these movie posters?

Hollywood and the Illuminati Love the All-Seeing Eye of Horus

FROM KHOU*11: Kanye West attended two services at Lakewood Church on Sunday. The first was a question and answer segment during Lakewood’s Sunday morning service and the second was West’s “Jesus is King: Sunday Service Experience.”

Kanye West and his choir performed for about two hours during the evening service. It was live-streamed on the church’s social media pages and website. Lines of fans wrapped around the block. Osteen said he invited West because the rapper reaches people that church normally can’t. “We traveled all the way from College Station,” Melanie Rodriguez said.

“I’m actually really surprised by the mayhem. I thought people had written Kanye West off. I was surprised to see so much support for him tonight,” Chinedu Anikwata said. For the past year, West’s religion has taken center stage. He recently released “Jesus is King,” a gospel album.

“One girl had tears in her eyes and said ‘If Kanye West can change, I can change.’ I think he reaches people we can’t normally reach,” Osteen said. West told the crowd he’s using that reach to spread the church’s message. “We love Kanye. We love God so it’s obviously an awesome mixture,” Matthew Iommi said. READ MORE

When Kanye’s shows are photographed from above, it becomes immediately clear when the real “message” of the ‘Jesus Is King’ agenda is all about. 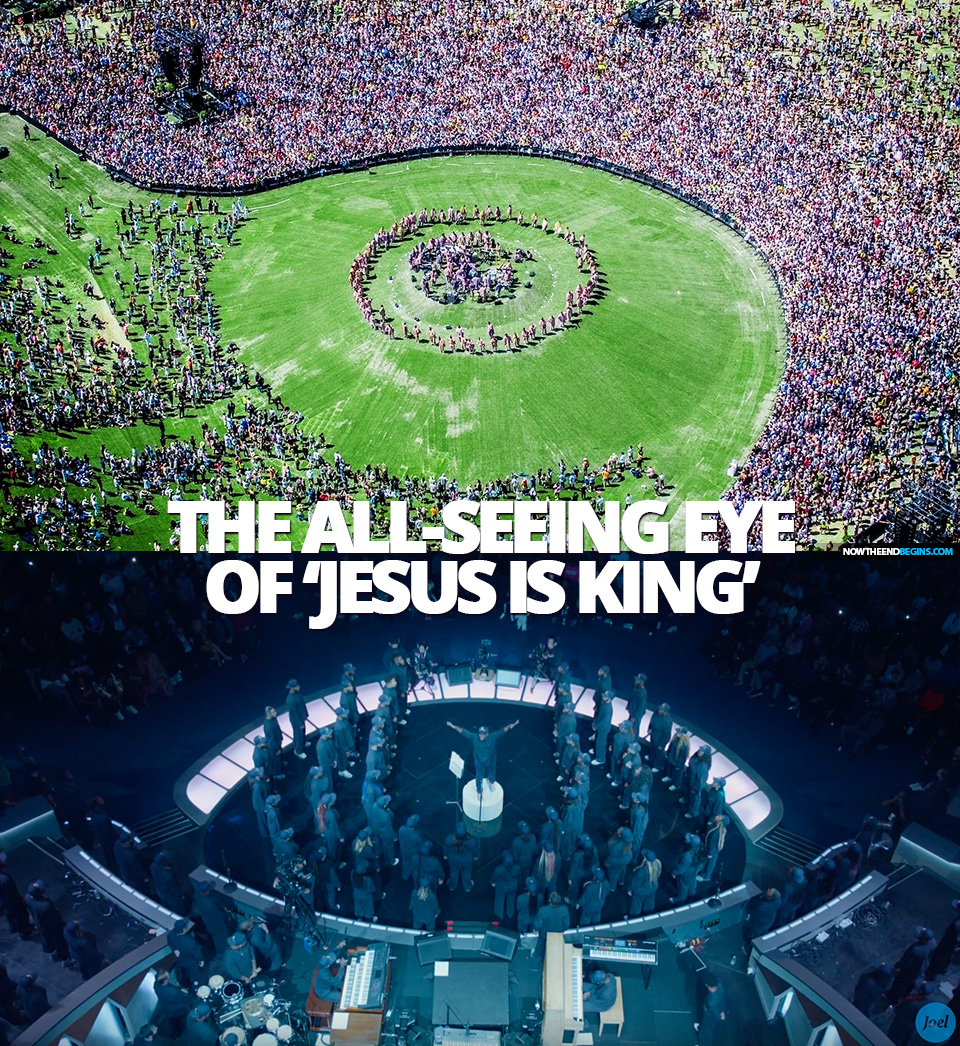