John Kerry refused to directly answer a question in the hearing as to whether the US would have to defend Iran from an Israeli cyber attack due to the... 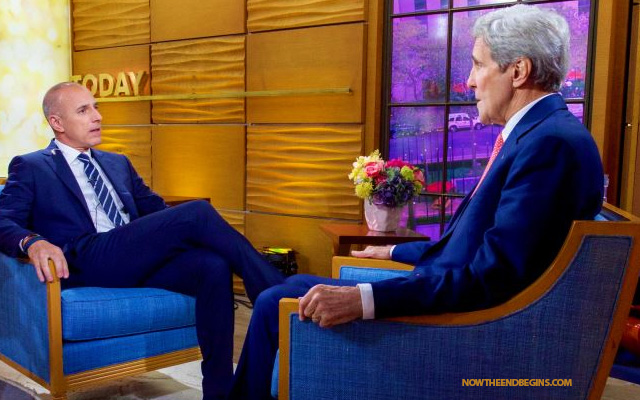 Less than a day after indicating in a Senate hearing that the Iran nuclear deal would have the US defend Iran from Israel, US Secretary of State John Kerry warned Israel on Friday that a unilateral strike on Iran’s covert nuclear program would be a “huge mistake.”

“That’d be an enormous mistake, a huge mistake with grave consequences for Israel and for the region, and I don’t think it’s necessary,” Kerry answered in an ominous answer. Just on Thursday he was asked in a Senate hearing about a clause in the deal requiring the West to train Iran to block sabotage attempts against its nuclear program.

Appearing on the NBC “Today” TV show, Kerry was asked if the Iran nuclear deal sealed last Tuesday would make it more likely that Israel will either physically strike Iran’s nuclear facilities, or else launch a cyber attack against them.

Kerry refused to directly answer a question in the hearing as to whether the US would have to defend Iran from an Israeli cyber attack due to the deal, saying instead “I don’t see any way possible that we will be in conflict with Israel with respect to what we might want to do there, and I think we just have to wait until we get to that point.”

Israeli concerns about the deal have continued to grow, particularly after it was revealed in the hearing that in classified sections of the deal the US agreed to let Iran test its own covert nuclear facilities where nuclear detonation tests have occurred.

Senior Israeli diplomats responded to the revelation with fury, stating that the deal stipulations that Iran will not be subject to any real inspections.

Concerns over the deal were also raised amid the revelation Friday that in Syria, where the Iran-backed regime was allowed through similar self-disclosure to get rid of its chemical weapons arsenal, a large portion of the arsenal was hidden while deceiving the West.

Regarding an Israeli cyber attack on Iran, Israel is already believed to be behind several cyber strikes that successfully halted Iran’s march to the atomic bomb, most famously the 2010 Stuxnet virus. Ironically the attack was also attributed to US President Barack Obama.

Defense Minister Moshe Ya’alon in May 2012 indirectly hinted that Israel may have been behind a computer virus that followed Stuxnet and was launched against Iran, known as the “Flame” malware.

Chances of an Israeli airstrike against Iran are reaching a key point, after a top Iranian general announced last week that Iran will unveil new missile defense systems in September including its own version of the Russian advanced S-300 system, which may be able to block a strike on the nuclear facilities. source