Jimmy Fallon’s Tonight Show Will Be An Obama ‘Safe Zone’

“The whole landscape’s about to change,” Arsenio Hall, the recently reincarnated late-night host, said in an interview. “Jay going home is going to change it for a lot... 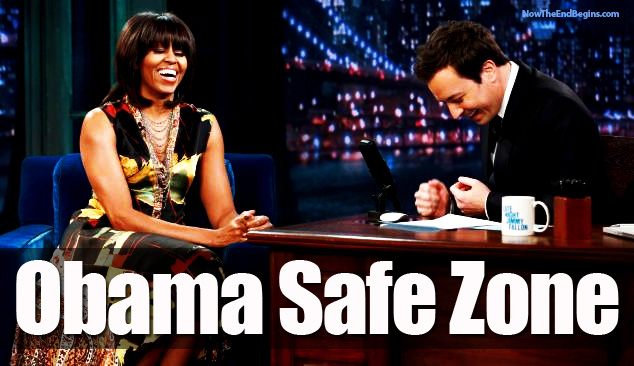 The curtain rose this week on a new era of late-night TV — altering the terrain for politicians who frequent the shows and complicating life for Republicans, who have lost their most comfortable seat in front of the camera.

“The whole landscape’s about to change,” Arsenio Hall, the recently reincarnated late-night host, said in an interview. “Jay [Leno] going home is going to change it for a lot of people.”

Jimmy Fallon replaced Leno — who was seen as the one late-night host with a welcome mat out for the GOP — and moved “The Tonight Show” back to New York City after decades in Hollywood. Beyond the location, expect another big departure from Leno: Not nearly as many heavy-hitting political jokes or guests. Fallon, who is eyed a bit warily by some Republicans, had first lady Michelle Obama on Thursday — they have a chemistry between them — after launching his new show on Monday. He said recently that his show will not be the place to go for in-depth interviews with politicians and candidates.

Obama and Fallon’s only foray into politics during her appearance was a pitch about Obamacare’s provision that allows children to stay on their parent’s health insurance until age 26, with a quick quip from Fallon about the problem-plagued HealthCare.gov finally working.

“(The website is) working now. It’s so much better when it’s working,” Fallon said.

As part of the new late-night lineup, Seth Meyers is taking over Fallon’s old spot on “Late Night,” and the former “Saturday Night Live” head writer has said he does plan to focus on politics. In fact, Vice President Joe Biden will be one of his first guests on Monday, when the show debuts. Meyers and his team declined an interview request. source – Politico