The target will be American shopping malls, the date will be a significant one for the Islamists. The method will be with explosive devices meant to inflict suffering and... 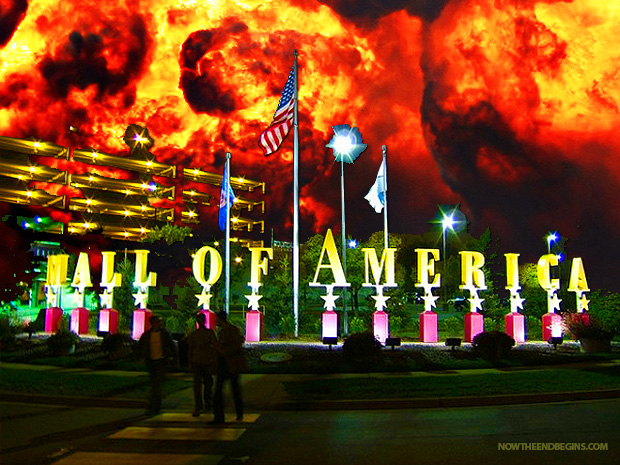 2009 Nobel Peace Prize nominee  Dr. Jim Garrow is a man that doesn’t shy away from controversy. He leapt in to the public consciousness in 2013 when he shockingly claimed he was told by a top military veteran that the Obama administration’s “litmus test” for new military leaders is whether or not they will obey an order to fire on U.S. citizens.

Then on our radio show of October 6, 2013, Dr. Garrow dropped another bombshell. He made the amazing revelation – on our show for the first time anywhere –  that he had, in fact, spent 45 years as a covert CIA operative. The revelations didn’t stop there, either. In that same broadcast, he also revealed that Andrew Breitbart and novelist Jim Clancy were targeted assassinations by the CIA.

Now Dr. Jim has a new revelation of an upcoming Muslim terrorist attack on Americans in America, and he is so sure of his information that he says “my sources on this are impeccable. I lay my 100% record of reliability on the line.”  Here is the shocking revelation Dr. Jim made on his Facebook page today:

The target will be shopping malls. The method will be with explosive devices meant to inflict suffering and death and to wound as many as possible. This is terrorism in its lowest form. The purpose is to inflict fear in the hearts of Americans through this targeting of where we go to shop and relax. The date will be a significant one for the Islamists.  The event will happen simultaneously across America at hundreds of locations (note the number). The police, DHS, and security services throughout the nation should be warned and take appropriate action.

Garrow says that it will happen on a date that “is important for Islamists”. If I had to hazard a guess I would say 9/11. Will this actually happen, is such a plan really in the works? Jim Garrow is a regular guest on our radio show, a personal friend and a brother in Christ. He has staked his entire credibility on this information being true and accurate. We believe him, and have published this story as a public warning.

Please share this article in the hopes of preventing these things from coming to pass. Thank you.