Mitt Romney says "we envision two democratic states - Israel with Jerusalem as its capital and Palestine - living in peace and security. For that to happen, the Palestinian... 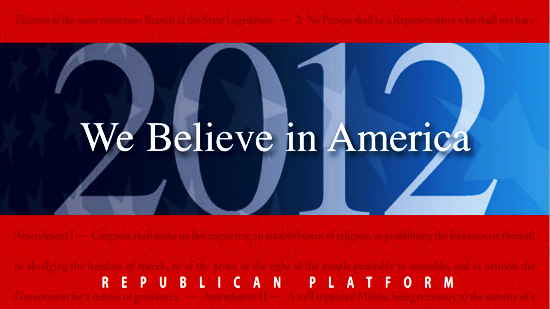 Whose land is it?

In a little book called the Bible, God has very specific ideas about who it is that owns the land of Israel and how He feels about people – any people – who think they can divide it up for personal, financial or political gain. The prophet Joel laid out a very serious scenario that has God destroying all the nations that felt that they had the right to divide and partition off the land.

Notice how God says that Israel is “His land”, and is not up for grabs by the United Nations, the Quartet, the United States or anyone else. God won’t even allow the Jews themselves to divide it up.   Now, let’s get on with today’s story…

When we reported to you back on August 23rd, that Mitt Romney’s team was fighting for inclusion of language into the official RNC platform that would support the creation of a Palestinian state, there were many of you that were offended by that. In fact, you were quite vocal in your responses using very colorful language to get your point across. Mostly, you just called us “liars” and “fear mongers” for daring to suggest such a thing. Especially after Romney had just completed a trip to Israel showing his support for them. But facts are stubborn things, and here we are a week later with everything we said in our story confirmed.

On page 49 of the official PDF file from the RNC 2012 website, we read the following:

“…we envision two democratic states – Israel with Jerusalem as its capital and Palestine – living in peace and security. For that to happen, the Palestinian people must support leaders who reject terror, embrace the institutions and ethos of democracy, and respect the rule of law. We call on Arab governments throughout the region to help advance that goal.” – Mitt Romney 2012 RNC Convention

This is language that members of the RNC fought to exclude, but as we reported, was fought for and won by Romney’s team. Mitt Romney absolutely, 100% wishes to be a driving force in the creation of a Palestinian state created from partitioned land from the state of Israel. A phone call was placed to the RNC Communications Office to verify if the PDF on the website represented the official platform of Mitt Romney and the RNC. They assured me that it did. You may read the PDF in it’s entirety by clicking here.