What starts with Charlie saying, ”I’m so depressed. I think I’m losing my faith in Christianity,” ends with the beloved character in hell awaiting 72 virgins. Leary, who’s been... 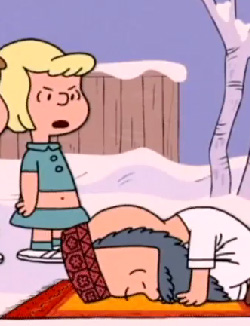 In the hustle and bustle of the holiday season, you may have missed one of the Christmas season’s most intriguing — and potentially inflammatory – parody videos.

Comedian Denis Leary‘s production company, Apostle, posted a Charlie Brown spoof that is sure to cause some laughter, anger and — confusion.

Perhaps Gothamist describes it best as a “very uncomfortable jihadist joke.” The premise of the short clip is that Charlie Brown converts from Christianity to Islam. As the video progresses, its themes become increasingly controversial.

What starts with Charlie saying, ”I’m so depressed. I think I’m losing my faith in Christianity,” ends with the beloved character in hell awaiting 72 virgins. Leary, who’s been known for his controversial work and commentary in the past, tackles other issues as well: praying facing mecca and Islamic garb, among other elements. source – The Blaze