Iran's revolutionary guards' corps has confirmed that one of its senior commanders, General Mohammad Ali Allah-Dadi, has been killed by an Israeli strike on the Syrian sector of the... 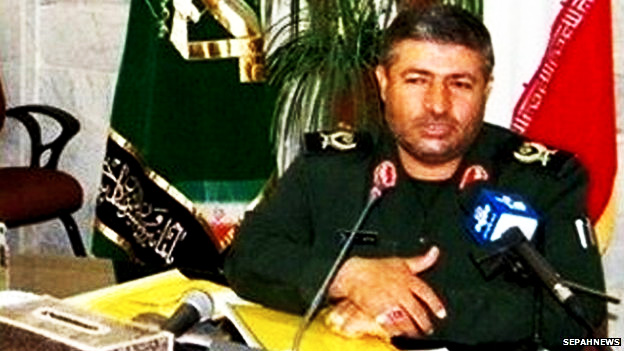 Iran’s revolutionary guards’ corps has confirmed that one of its senior commanders, General Mohammad Ali Allah-Dadi, has been killed by an Israeli strike on the Syrian sector of the Golan Heights.

Iran’s elite Revolutionary Guards have confirmed that a general was killed in a suspected Israeli air strike in the Syrian Golan Heights on Sunday.

“Following the Zionist aggressions against the resistance in Syria, General Mohammad Allah-dadi, a former commander of the Sarollah Brigade of the Revolutionary Guard, was martyred along with Jihad Moughniyah and three others in the same car,” the Dana news website said.

The senior commander was recently reassigned to support Shiite militias in Syria fighting with President Bashar al-Assad against the opposition to the regime. source – IB TImes