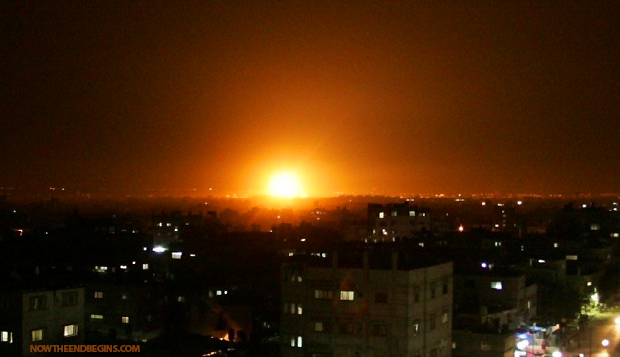 “We have repeatedly addressed the consequences facing those who seek to endanger the lives of innocent civilians,” IDF spokesman Lt. Col. Peter Lerner said in a statement regarding Thursday’s strikes. “We shall persist with our determination to combat terror elements and eliminate the pending threat to Israeli lives.”

Bombings were reported in areas around Khan Yunis and Rafah, in the southern end of the strip, starting at about 3:30 a.m, according to Palestinian sources. There was no immediate word on casualties or damage.


The Israel Defense Forces said in a statement that it had targeted three “terror sites” in the southern strip and one in the center.

It said direct strikes had been confirmed. Palestinians reported that sites belonging to Hamas and Islamic Jihad had been targeted. The air strikes came a day after Gazan terrorists fired several rockets at Israel, all which landed in open areas or failed to clear that Palestinian enclave.

The last 10 days have seen an uptick in tit-for-tat Gazan rocket fire and Israeli strikes as tensions have ramped up in the wake of the kidnapping of three Israeli teens in the West Bank, followed by a massive Israeli operation to recover them and destroy the Islamist Hamas movement. source – Times Of Israel