The Air Force’s operational command bunker in Tel Aviv — commonly known as “the pit” — is nearing the end of a multi-million dollar upgrade, funded by the United... 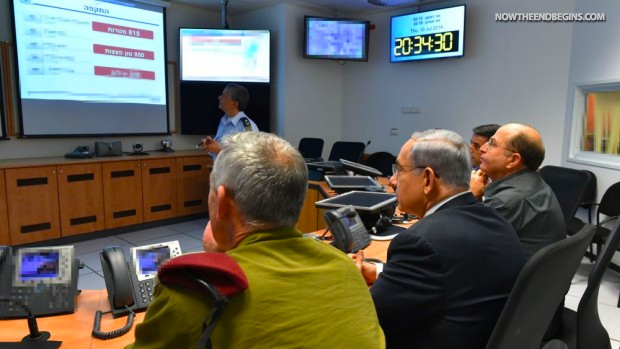 The Air Force’s operational command bunker in Tel Aviv — commonly known as “the pit” — is nearing the end of a multi-million dollar upgrade, funded by the United States

Israel knows that the time is coming where they will be forced to go head to head with Iran over that countries nuclear program. So upgrading your Air Force Command Center to withstand both a nuclear and biological attack is a very necessary commonsense preparation for that day.

The pit, at the Kirya military headquarters in Tel Aviv, will be protected from nuclear and biological attack, Ynet reported.  The project began more than three years ago, and is scheduled to be completed in the coming months.

The new pit is being constructed over the current one, with dozens of underground command and control centers. The communication and coordination between the various branches of the air force, including intelligence, pilots, and headquarters, are expected to improve significantly as a result of the new state-of-the-art command center.

In addition, the main command center, known as “the greenhouse,” will also be upgraded. Senior defense officials, including the prime minister, are hosted in the greenhouse during wars and certain operations.

The command centers are in use around the clock during the construction, a factor which has slowed down the project.

The Pentagon is funding the renovation, and is involved in rendering the pit in line with American control centers.