An overall total of 30 rockets fired just today from the Gaza Strip struck major population centers in southern Israel. More than 500,000 Israelis are forced to stay in... 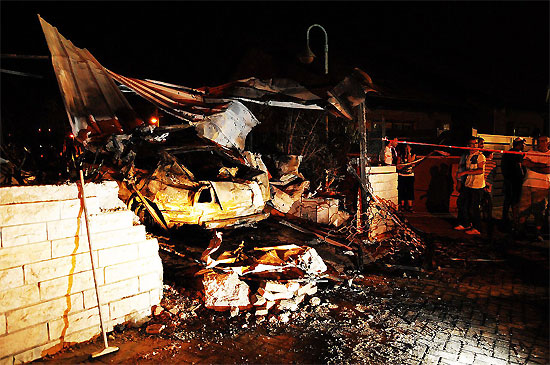 Behold, he that keepeth Israel shall neither slumber nor sleep.” Psalm 121:4

From IDF: An overall total of 30 rockets fired just today from the Gaza Strip struck major population centers in southern Israel. More than 500,000 Israelis are forced to stay in bomb shelters.

Israel Under Fire: Damage caused by rockets fired from Gaza

Terrorists are firing Qassam rockets, Grad missiles and mortar shells into the cities of Ashdod, Be’ersheba, Yavne, Netivot and Ashkelon; as well as into the Eshkol Regional Council.

Over the course of 2011, more than 600 rockets launched from the Gaza Strip struck southern Israel. One million Israelis are sleeping tonight under the threat of rocket fire from Hamas.