The Israel Navy’s fourth submarine, the ISS Tanin, is expected to become fully operational in a few weeks and participate in naval operations.... 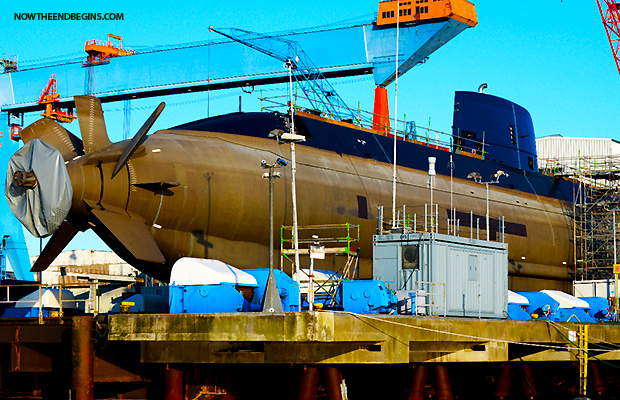 The Israel Navy’s fourth submarine, the ISS Tanin, is expected to become fully operational in a few weeks and participate in naval operations.

The navy’s fifth submarine, meanwhile, is expected to arrive this summer, and is now in the final stages of construction at the Howaldtswerke-Deutsche Werft (HDW) shipyards in Kiel, Germany. Israel is expected to officially take control of the ISS Rahav in a few weeks, when it will begin its maiden voyage from Germany to Israel.

The fifth submarine will only become fully operational some six or so months after it arrives in Israel. During that time, various Israeli weapons and communications systems are fitted to it, explained an officer in the submarine division.” The ISS Tanin (Crocodile) was initially handed over to Israel in May 2012.

The navy said on Sunday it is prepared for the possibility of cyber attacks against the digital systems on its submarines. There are mechanical systems inside the submarine alongside the electronic ones, in this case manufactured by Siemens in Germany.

Lt. Col. A., commander of the ISS Tanin, called the Dolphin II-class subs a new generation of submarines that will enable Israel to carry out its missions better. “The submarine penetrates deep into enemy [territory], on long and complex missions that demand a large amount of experience and investment,” he said. Submarine officers declined to provide details of the subs’ long-distance operations, in areas that the IDF calls “the third circle.”

The navy is also preparing to receive new ships in coming years. These are intended to help protect Israel’s offshore gas and oil platforms. These ships are also being built in Germany, though the final contracts have yet to be signed, said a senior navy officer. He expects four such ships to arrive within three years to protect the offshore drilling platforms.