Is Israel Ready To Go Head To Head With ISIS On The Temple Mount?

Speakers were filmed anticipating the liberation of Jerusalem and decrying Jewish pollution of the city. Several black IS flags were seen in the footage.... 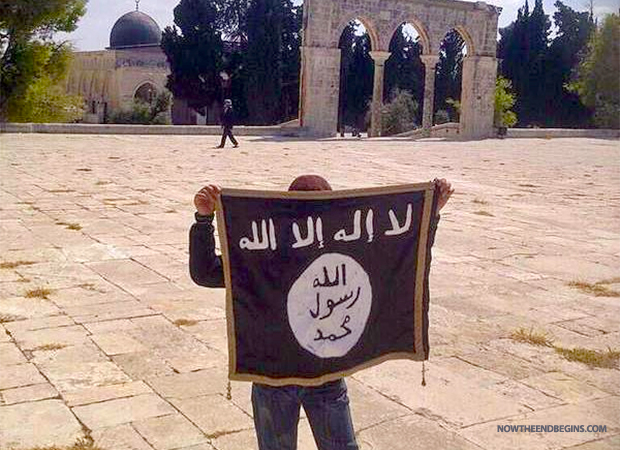 That Israel has the firepower to take care of ISIS, there is no doubt. The question, however, is does Israel have the appetite to battle them hard enough to cause the destruction of the Islamic State? In their recent conflict with Hamas, Israel heaped mountains of hurt on the Gazan terrorists. But they left enough remnants of Hamas to allow them to regather themselves to come back and fight another day. ISIS is ten times more powerful then Hamas, highly weaponized and carrying a bankroll of nearly half a billion dollars stolen from the Iraqi government. Half measure with the Islamic State could prove to be deadly. For Israel.

As Ronald Reagan once said, it is a time for choosing.

Israel’s Channel 10 on Wednesday night broadcast what it said was footage from a recent “Islamic State gathering” on the Temple Mount in Jerusalem. The report, which is to be broadcast in full next week, said the gathering underlined that Islamic State intends to focus on Israel in the future.

“…it was frightening to be in the plaza while the IS gathering was taking place.”

Formally, the gathering, attended by thousands, was organized by the Tahrir party, which the report described as being the “Palestine branch” of Islamic State. Speakers were filmed anticipating the liberation of Jerusalem and decrying Jewish pollution of the city. Several black IS flags were seen in the footage.

The reporter, Zvi Yehezkeli, said a photograph of a Palestinian youngster holding an IS flag that proliferated on social media over the past week was taken next to where he was standing.

Yehezkeli said he had expected to be stopped by Israeli Police when he tried to enter the Mount area at a time designated for Muslim prayers, and that it was frightening to be in the plaza while the IS gathering was taking place.

He claimed that the Islamic State, “now knocking on Jordan’s door, has marked ‘Palestine’ as the next target on its list.”