An Israeli air strike destroyed a 13-story residential tower block in the center of Gaza City on Saturday and initial reports said 17 people were wounded, the Israeli army... 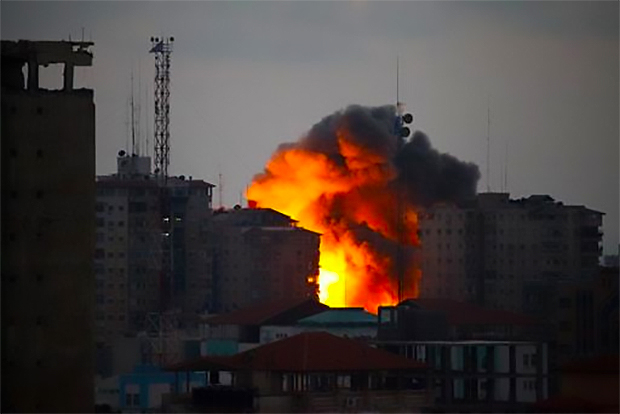 The multi-story building housed an enormous Hamas command center, IDF sources said. Only combatants were inside at the time of the air strike, the sources added.  Local residents said the building housed 44 families. 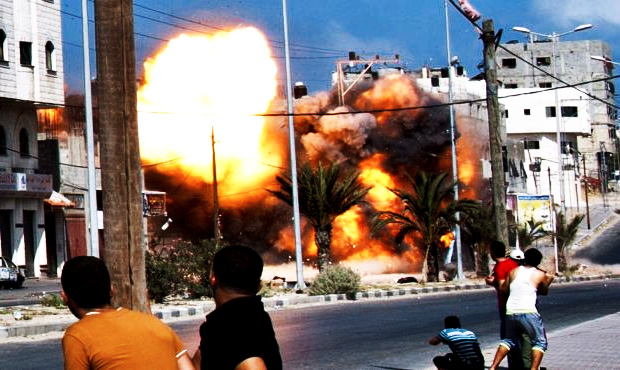 Earlier on Saturday, the IDF called on residents of Gaza to steer clear of areas used to wage attacks against Israel. The army distributed leaflets across the coastal territory and warned the population via recorded voice messages and text messages that it “will use force against any military or civilian facility used for terrorist activities.”“Any house that is used to wage attacks against Israel will be targeted,” the leaflets read. “The mission is still ongoing; Beware.”