Eight Israelis and 30 Palestinians-- including 13 identified by Israel as attackers -- have died in a month of unrest, with dozens of other people wounded.... 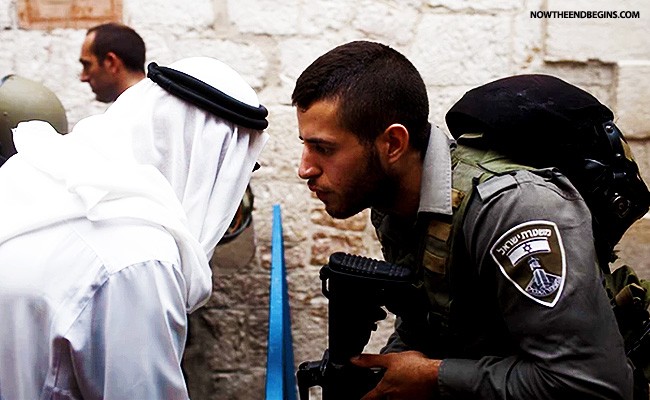 “Behold, I will make Jerusalem a cup of trembling unto all the people round about, when they shall be in the siege both against Judah and against Jerusalem.” Zechariah 12:2 (KJV)

Jerusalem, Israel – Police also say they foiled an attack outside Jerusalem’s Old City, shooting and killing the assailant as he attempted to stab security forces. Eight Israelis and 30 Palestinians– including 13 identified by Israel as attackers — have died in a month of unrest, with dozens of other people wounded.

The government has thus far been unable to stop the violence. Israel says the attacks have been fueled by what it calls rampant incitement against Jews and Israelis on social media spread by Islamic groups and the Palestinian leadership.

Israeli police said 300 soldiers had already been incorporated into their deployment on the streets of east Jerusalem, where many of the assailants are from. Israeli Cabinet minister Yuval Steinitz said the current conflict had less to do with political differences and more with anti-Semitic incitement to create a religious war.

Speaking to journalists, he showed Palestinian videos and animations that glorified the stabbings of Jews in the Old City of Jerusalem and the killing of a Jewish settler couple in the West Bank in front of their children.

He also quoted Palestinian President Mahmoud Abbas’ recent statement where he blessed “every drop of blood spilled for Allah” and that Jews desecrated a Jerusalem holy site with their “filthy feet.”

“This is not new. It is just a new wave of terrorism and violence and this time it’s totally clear that the main approach here is a religious approach. Defending Islam from the enemy of the mosque, the enemy of Islam — against the Jews,” Steinitz said. “It’s all about horrible, anti-Jewish, racist incitement.”

The cabinet met late into the night and released details of the new measures early Wednesday morning. Steps approved include allowing police to impose a closure on points of friction or incitement according to security assessments.

The announcement came after a particularly bloody day in which a pair of Palestinian stabbing and shooting attacks in Jerusalem killed three Israelis. Three Palestinians, including two attackers, were also killed.

The wave of violence also comes at a time when prospects for negotiating an end to the Israeli-Palestinian conflict seem nonexistent. source