The maritime system uses similar technology to the land version. The trajectory of an incoming missile is recognized and a counter missile is launched to intercept it. ... 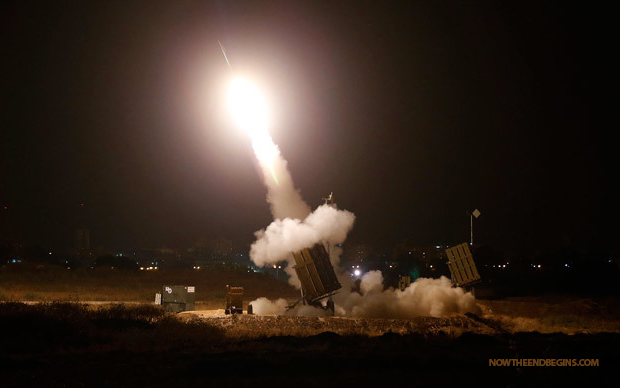 Israel is looking to build on the success of its Iron Dome, used during the Gaza War this summer, by creating a maritime version. The developers say it boasts a 360-degree range and can fire a missile every second.

The architect of the new program, Rafael, an Israeli state owned defense contractor, is looking to find buyers for its new sea-based missile system. They believe it could be especially effective in trying to defend and protect economic assets at sea, such as oil and gas platforms.

The C-Dome was unveiled at this week’s Euronaval conference in Le Bourget.

The maritime system uses similar technology to the land version. The trajectory of an incoming missile is recognized and a counter missile is launched to intercept it. The makers of the defense program say that their new system, ‘C-Dome’, can fire a missile per second, and cover a 360-degree range.

“C-dome offers something that is not out there (in the market) yet … A small footprint and the capability to engage multiple targets and saturation threats. And it’s based on the only system in the world that has more than 1,000 intercepts,” said program director Ari Sacher, as reported by AP. “We can protect the ship from every direction at the same time. Most systems out there can’t do that.”