Israeli and Jewish targets all over the world are likely to be sought out by terrorist organizations in the coming weeks, the Israeli government’s Counter-Terrorism Bureau warned in strikingly... 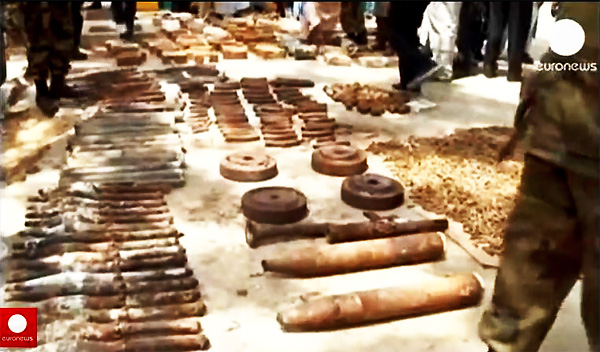 On anniversary of 9/11 and celebration of Rosh Hashana

Israeli and Jewish targets all over the world are likely to be sought out by terrorist organizations in the coming weeks, the Israeli government’s Counter-Terrorism Bureau warned in strikingly strident tones on Monday, listing dozens of countries where it said it had “concrete” indications of a terrorist threat.

It cited concerns about terrorist acts timed to coincide with the forthcoming Rosh Hashana (New Year), Yom Kippur and Succot festivals, and also said that the anniversary of the 9/11 terrorist attacks in the US was likely to be “a favored period” for al-Qaeda and other global jihadist groups to attempt to carry out acts of terrorism.

Iran and Hezbollah, it warned, were continuing their “global terror campaign” against Israeli and Jewish targets. It noted that Iran remained bent on avenging alleged Israeli responsibility for the killing of Hezbollah terror chief Imad Mughniyeh in a Damascus car-bombing in 2008, and the deaths of three Iranian nuclear scientists.

It said its information indicated that Israeli businessmen and ex-government officials were prime potential targets for assassination and/or kidnapping.

With all that in mind, the bureau reconfirmed that Israelis are barred altogether from travel to Iran, Lebanon, Syria, Iraq, Saudi Arabia and Yemen, where the “concrete” terror threat was “very high.”

In addition, it ordered Israelis not to travel to Sudan, Somalia, Algeria, Djibouti, Mauritania, Libya and Tunisia, and to leave these countries immediately if they were there, because of a similarly “very high” terror threat. Where Tunisia was concerned, it underlined what it said were the “threats to carry out attacks on Israeli and Jewish targets.”

The unusually shrill and widespread alert included an order to Israelis not to travel to the Sinai Peninsula, because of the chaotic situation in Egypt. The Sinai’s Red Sea resorts are a traditionally popular holiday destination for Israelis, especially at this time of year. The advisory noted that Sinai was off limits not only because of the general Egyptian disorder and a series of recent attacks in the Sinai, however, but also because of “information on the intention to carry out further attacks.”

Using only slightly less urgent language, the bureau, part of the National Security Council under the authority of the Prime Minister’s Office, ordered Israelis to “avoid visiting” the United Arab Emirates, Bahrain, Jordan, Kuwait, Egypt and Qatar, where it cited what it called a “basic” terrorist threat. Israel maintains peace agreements with both Jordan and Egypt, and the warning underlines what the bureau called “the complex security realities” in nations adjacent to Israel.

The bureau also told Israelis to postpone nonessential visits to Turkey, Oman and Morocco, because of “ongoing potential threats.”

Slightly further afield, it cited “very high” terror threats in Afghanistan, parts of southern Thailand, parts of the southern Philippines, east Senegal, India’s Kashmir province, northern Nigeria, parts of Kenya, and Chechnya. Israel were not to travel to any of those areas, and to leave immediately if they were there, it ordered.

The advisory also specified a “high” terror threat in Indonesia, Burkina-Faso, Ivory Coast, Togo, Mali, Malaysia and Pakistan, telling Israelis not to go there and urging them to leave as soon as possible if they were there now.

The bureau’s warning also specified concerns about terror threats to Israeli “business targets” worldwide, and especially in Africa, “in the wake of the exposure of a terrorist infrastructure in Nigeria over the past year.” Generally, it urged Israelis traveling worldwide to take extra precautions, such as avoiding unexpected meetings or out of the way places, and to change regular travel routes. source – Times of Israel