Islamic jihadism continues to cast its dark shadow across the world. The atrocity in the Nairobi shopping centre is a chilling reminder of the global reach of this vile... 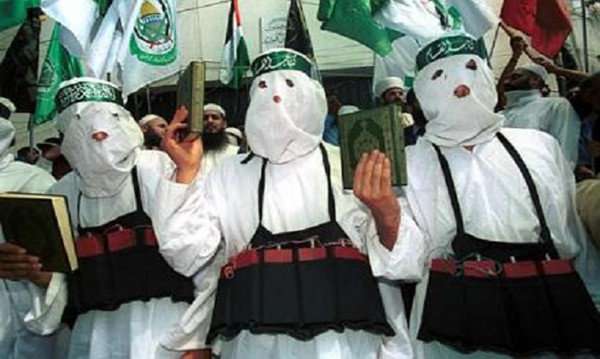 The religion of peace continues its evil ascent

Islamic jihadism continues to cast its dark shadow across the world. The atrocity in the Nairobi shopping center is a chilling reminder of the global reach of this vile ideology.

They act like Nazis and look like the Ku Klux Klan. The shocking slaughter in Nairobi is the true face of Islamic fundamentalism

The reported death toll now stands at 62, with most of the victims singled out simply because they were not Muslims. That is sectarianism at its most lethal, where every last ounce of humanity is obliterated by a pitiless dogma.

Although the horror is still unfolding at the Westgate mall, it now seems certain that the attack was carried out by the Al-Shabaab group, a Somalian terror cell linked to the Al-Qaeda network.

Houses in the more affluent areas of the city had become mini-fortresses, complete with security grilles and metal doors. Now, as the corpses are removed from the Westgate center, all the grimmest forebodings have been realized.

Al-Shabaab’s attack in Nairobi has largely been a murderous reaction to the decision by the Kenyan Government in 2011 to send troops into Somalia, under the umbrella of the African Union, to smash the terror regime there.

But we should not pretend that the loud-voiced grievances of the jihadists throughout the world have a shred of justification. The focus of their supposed victimhood varies — they blame anything from American foreign policy to the plight of the Palestinians — but their real aim is the same.

They want to establish a Muslim caliphate across the world, where Islam and sharia law reign supreme. In this religious empire, there is no room for dissent or democracy, no space for compromise or conciliation.

That is why, wherever they operate, the Muslim hardliners are so intolerant. The goal is totalitarian, their methods pure bigotry.

Only this weekend, while one gang of Islamic terrorists was causing mayhem in Nairobi, another gang was murdering 75 Christians at a church in the city of Peshawar in Pakistan, with another 110 innocent worshippers wounded.

And while we in Britain look on in horror at these appalling events in distant lands, the fact is that we cannot pretend that we are immune from the malevolent impact of the zealots in our own country.

It is not just that we have endured a number of serious terrorist attacks in recent years, most notably the London transport bombings in 2007. It is also the deeply worrying social and cultural influence of Muslim fundamentalism within Britain.

The aim of true multi-racialism should be to promote tolerance, understanding and integration. These are vital qualities if our increasingly diverse society is to function successfully.

The extremists are pushing in precisely the opposite direction, their eagerness to impose their fundamentalist, alien values is undermining harmony, with suspicion and division rising in their place. 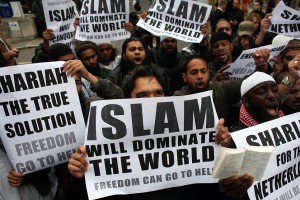 Only this weekend, this was graphically symbolised by reports of events at the Al-Madinah school in Derby, a free school established last year to cater mainly for Muslim pupils. Sadly, the hardliners appear to have taken over its management already.

It’s claimed that, in defiance of all British traditions of tolerance, girls and boys are segregated at the school; that even non-Muslim staff are required to wear the hijab, the Muslim headscarf; and that stringed instruments, singing, the telling of fairy tales and even the use of the word ‘pig’ have all been banned. Such superstitious, divisive nonsense should have no place in a British school.

We are not living in rural Pakistan or a Taliban-run region in Afghanistan. Apart from anything else, the pupils are being deprived of a proper, rounded education and therefore will not have the same life chances in adulthood.

For far too long, the British authorities have turned a blind eye — out of misguided fear of being seen as racist — to the creeping prevalence of militant Islam in our midst.

If the British authorities continue to allow the Islamic hardliners to have their way in the name of choice when it comes to segregating boys from girls in schools, or sharia courts, or insisting that women should be allowed to wear veils in all circumstances, then those hardliners will feel they are pushing at an open door.

We must, sadly, accept that there are people in our midst who want to see a hardline Islamist caliphate in Britain. And while the security and intelligence services are nothing less than heroic in their fight against Islamic extremists, continuing to foil terror plots on a regular basis, our civic institutions have in contrast been far too cowardly in their reluctance to challenge fundamentalism.

The shocking slaughter in Nairobi is the true face of Islamic fundamentalism. And we in Britain should never appease such a mentality. Read the whole article from Daily Mail UK