Pastor Saeed Abedini is facing new death threats from ISIS terrorists who are in the same Iranian prison where he is being held. According to the American Center for... 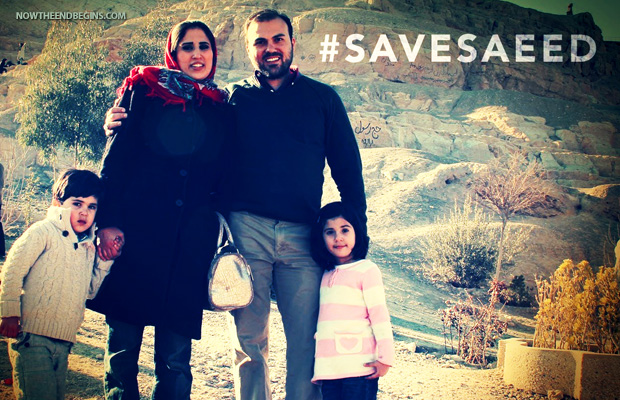 “And they departed from the presence of the council, rejoicing that they were counted worthy to suffer shame for his name. And daily in the temple, and in every house, they ceased not to teach and preach Jesus Christ.” Acts 5:41,42

Pastor Saeed Abedini is facing new death threats from ISIS terrorists who are in the same Iranian prison where he is being held. According to the American Center for Law and Justice, Abedini, a U.S. citizen, has been able to communicate with his family members and let them know he fears for his life.

The ACLJ has been working to bring Abedini home after he was sentenced by Iran to eight years in prison for his Christian faith.

“We call on President Obama and Secretary Kerry to intervene immediately to secure Pastor Saeed’s release and to ensure that he is protected during this transfer to freedom. Pastor Saeed, who is approaching his second year of imprisonment in Iran, must be returned to his family without delay,” Sekulow said.

Abedini is in Rajai Shahr Prison and said that other prisoners have told him the ISIS prisoners plan to kill him.

For now, he is in a separate section of the ward than the ISIS inmates. The Christian pastor said he has to rely on the protection of other prisoners and hide in his cell during daily exercise time when the prisoners mingle.

September 26 will mark two years since the Abedini was imprisoned.