"I swear we are a people who love drinking blood. We came to slaughter you," he adds. "We love dying for God as much as you love life."... 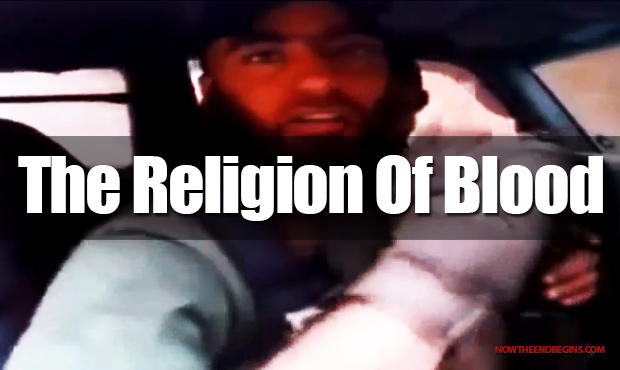 This is the real Arab Spring in action

“Their feet run to evil, and they make haste to shed innocent blood: their thoughts are thoughts of iniquity; wasting and destruction are in their paths.” Isaiah 59:7

John Kerry said last week that America needs to show “real Islam” to the world. Apparently ISIS thinks that’s a great idea because here they are showing the world exactly what “real Islam” looks and sounds like.

An Arab-Israeli member of ISIS has claimed that the terror group takes pleasure in “drinking blood” of its enemies. Rabie Shehada, otherwise known as “the Palestinian slayer”, spoke openly in a new video of the Islamic group’s love of death.

Just in case you had any doubts about the true nature of Islam, and what its Koran commands them do to, this video should clear all that up for you: