ISIS Caliphate Has Created A New Front In North Africa

In its war to create a caliphate across Syria and Iraq, the Islamic State is opening a front in North Africa, where affiliated militants are wreaking havoc in eastern... 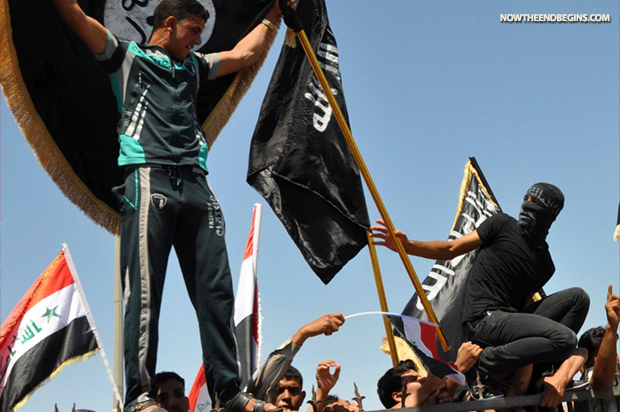 “For they have consulted together with one consent: they are confederate against thee: The tabernacles of Edom, and the Ishmaelites; of Moab, and the Hagarenes; Gebal, and Ammon, and Amalek; the Philistines with the inhabitants of Tyre; Assur also is joined with them: they have holpen the children of Lot. Selah.” Psalm 83:5-8

In its war to create a caliphate across Syria and Iraq, the Islamic State is opening a front in North Africa, where affiliated militants are wreaking havoc in eastern Libya and Egypt’s Sinai Peninsula — presenting a complex challenge for Washington and its allies in the region.

Early this month, a group of militants claiming to control the Libyan town of Darna — long a hotbed of al Qaeda-inspired extremism between Benghazi and Libya’s border with Egypt — declared allegiance to al-Baghdadi.

Through its savvy use of social media and slick production of recruitment videos, the Islamic State — also known by the acronyms ISIS and ISIL — is attracting a growing number of individual jihadis to its harsh interpretation of Islamic, or Shariah, law.

“ISIL’s stated goal of expanding its caliphate and its adherence to a strict form of Shariah has definitely resonated with a collection of extremists across North Africa, who appear to be mimicking ISIL’s rhetoric and brutality,” said a U.S. intelligence official who spoke on the condition of anonymity in order to discuss security issues freely.

Read the rest of the story on The Washington Times…